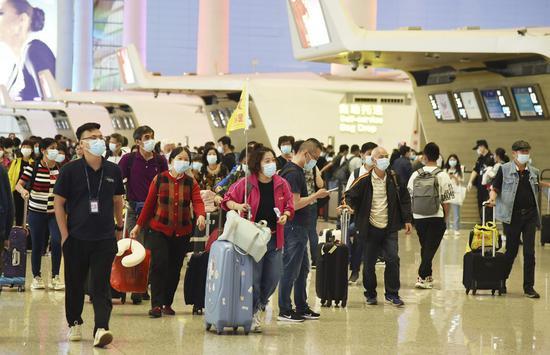 Total passenger trips made during China's Dragon Boat Festival holiday are expected to reach 124 million, according to official data.

The average daily passenger trips will likely exceed 41.23 million during the period, up by 52.5 percent year on year, the Ministry of Transport said Monday.

The Dragon Boat Festival holiday extended from June 12 to 14 this year.

During the three-day holiday, the country's railway sector will likely handle over 31.67 million passenger trips, up by 58.1 percent year on year.

The civil aviation sector is expected to see 3.71 million passenger trips, up by 40.1 percent from a year earlier, the data showed.