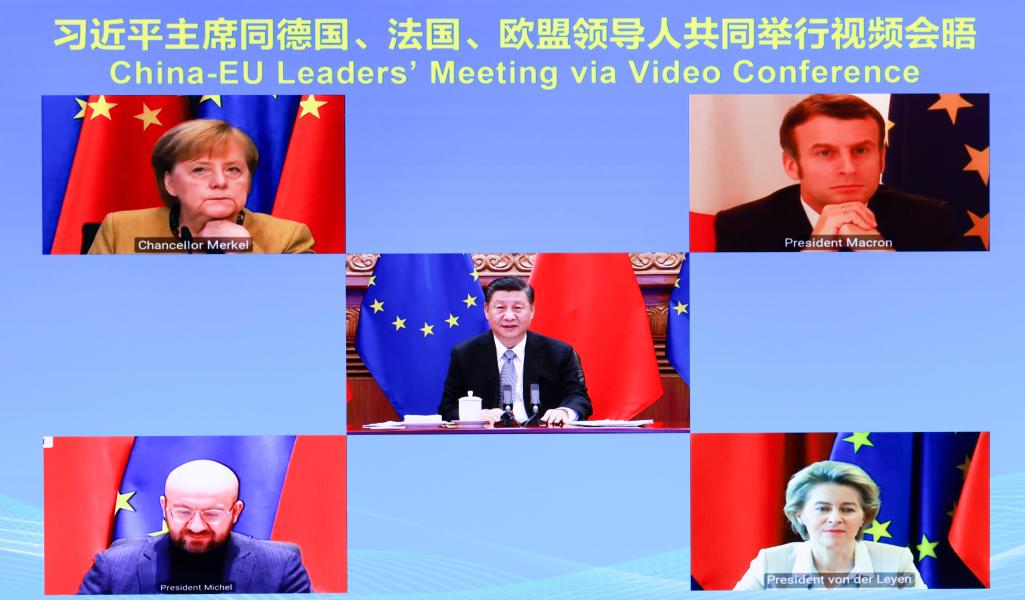 Calling the investment agreement between China and the European Union (EU) as "balanced, high-standard and mutually beneficial," Xi said the treaty has shown China's determination and confidence to push high-level opening up.

The treaty will also greatly boost world economic recovery in the post-pandemic era, enhance the international community's confidence in economic globalization and free trade, making significant contributions to the building of an open world economy, the Chinese president said.

China and the EU will strive to facilitate the early signing of the agreement. "China and the EU will carry out text review, translation and other technical work as soon as possible," said an official with China's Ministry of Commerce at a press conference held after the announcement.

The agreement will enter into force after both parties complete their respective legal procedures, the official said.

China and the EU had previously held 35 rounds of negotiations on the investment agreement. China has become the biggest trade partner of the EU while EU is now China's second largest trade partner.

Stressing China's commitment to fostering a new development paradigm will provide more market opportunities and cooperation potential for the EU and the world at large, Xi called on the EU to uphold free trade and multilateralism, and provide an open, fair and non-discriminatory business environment for Chinese investors.

Against the background of the COVID-19 pandemic and changes rarely seen in a century, Xi said, China and the EU, through tiding over difficulties and working hand-in-hand, have made fruitful achievements in advancing ties in 2020.

In the upcoming year of 2021, China and Europe, as two major global forces, markets and civilizations, should demonstrate a sense of responsibility and take active steps to contribute to global peace and progress, he said. 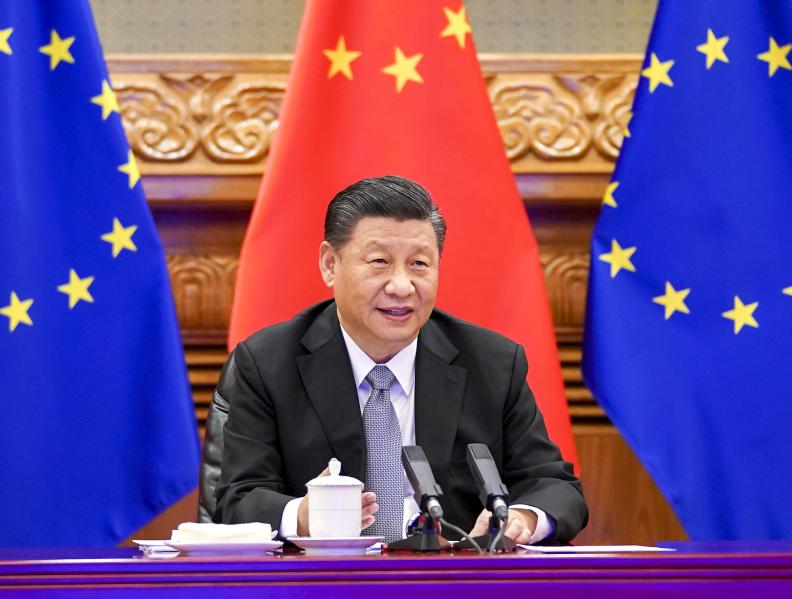 First, Xi called for coordinated actions of pandemic response to ensure the equal distribution of COVID-19 vaccines as global public goods, especially to make sure the move benefits developing countries.

Second, Xi urged joint efforts to promote economic recovery, adding the two sides should step up policy coordination and uphold building an open world economy to bring global industrial and supply chains back on track as soon as possible.

Third, Xi called on the two sides to synergize development strategies, urging intensified efforts in policy coordination, better synergy between the Belt and Road Initiative and the Eurasian interconnection strategy, and discussions about cooperation in the digital sector.

Fourth, Xi called for speeding up green development, urging the two sides to give full play to their high-level dialogue mechanism on environment and climate, and give mutual support to each other in hosting international conferences on biodiversity, climate change, and conservation of nature.

The European leaders said that despite the impact of COVID-19, Europe and China had maintained close high-level communication this year and made important progress on a series of issues including the agreement on geographical indications.

They said the completion of the investment agreement negotiations was an important milestone in the development of EU-China relations and will also help promote the recovery and growth of the world economy.

The achievements once again showed to the world that although Europe and China have differences on some issues, both sides have the political will to strengthen dialogue and deepen cooperation on the basis of mutual respect to achieve mutual benefit and win-win results, they said.

The investment agreement is a high-level one, they said. The European side appreciates China's further opening up and active moves to promote trade liberalization and investment facilitation.

Both sides support multilateralism, and a strong EU-China relationship is conducive to solving global challenges, according to the leaders.

The European side appreciates China's major moves in addressing climate change and helping Africa fight the pandemic, and hopes to continue to coordinate and cooperate closely with China on issues such as global anti-pandemic, climate change, biodiversity conservation, sustainable development, and WTO reform.

The Chinese and European leaders exchanged New Year greetings and jointly stated that they will maintain close communication in the upcoming new year, jointly advance the agenda of major exchanges between the two sides, and promote the continuous development of China-EU comprehensive strategic partnership.