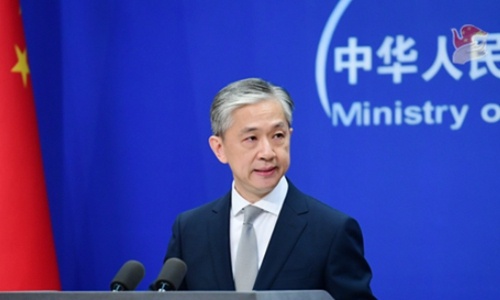 Chinese Foreign Ministry said on Tuesday that it's normal that China and the EU have differences on certain matters due to different history, culture, society and development stage, but such differences won't and shouldn't affect their dialogue and cooperation.

Wang Wenbin, spokesperson for the Chinese Foreign Ministry, made the remarks at a regular press briefing.

He said that China and the EU agreed during the video meeting between top leaders from China, Germany and the EU held on Monday to strengthen communications and enhance understanding of each other, based on equality and mutual respect, so as to increase common interests and resolve differences and maintain main aspects of China-EU relationship.

China and the EU officially signed the China-EU agreement on Geographical Indications during the meeting and confirmed that the negotiations on China-EU bilateral investment pact have made significant progress, reiterating their political determination to complete the talks within the year.

The two sides agreed to launch high-level dialogues over environment and climate as well as digital economy collaboration. Meanwhile, they expressed support for multilateralism and anti-COVID-19 cooperation across the world to promote global economic recovery and jointly overcome global challenges.

The Chinese side will earnestly implement the "important consensuses and fruits" of the summit meeting, Wang said.

Based on peaceful coexistence, opening up and cooperation, multilateralism, as well as dialogue and consultation, China will continue to boost healthy and steady development of the China-EU comprehensive strategic partnership and inject more energy into the international community's fight against the global pandemic, economic recovery and maintenance of a rule-based multilateral order, he said.