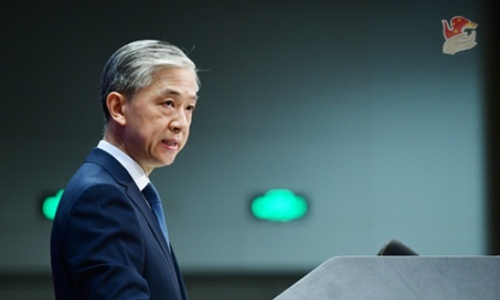 The implementation of the China-EU landmark geographical indications (GIs) agreement fully demonstrates the two sides' commitment to free and open trade and supporting multilateral trade system based on rules, Wang Wenbin, spokesperson from the Chinese Foreign Ministry, said at a press briefing on Monday.

He said that it will inject new momentum to China-EU trade cooperation, while boosting comprehensive strategic partnership.

"We hope the EU-China Comprehensive Agreement on Investment could be signed and take effective as early as possible to benefit China and EU enterprises and people," Wang said.

China is willing to continue to work with the EU to maintain multilateral trade system based on rules and build an open world economy to contribute to the recovery and development of China, the EU and world economy, Wang said.

The China-EU GI agreement that took effective on Monday include the first batch of 100 European GIs in China and 100 Chinese GIs in the EU against usurpation and imitation.

According to the agreement, the Chinese GI products protected in the EU include Pixian Dou Ban (Pixian bean paste), Anxi Tie Guan Yin (Anxi oolong tea) and Wu Liang Ye (Wuliangye liquor), while the EU list protected in China includes Cava (a wine from Spain), Champagne (a wine from France) and Munchener Bier (a beer from Germany).