BERLIN, Jan. 3 (Xinhua) -- China and the European Union (EU) on Wednesday announced they have completed investment agreement negotiations as scheduled. 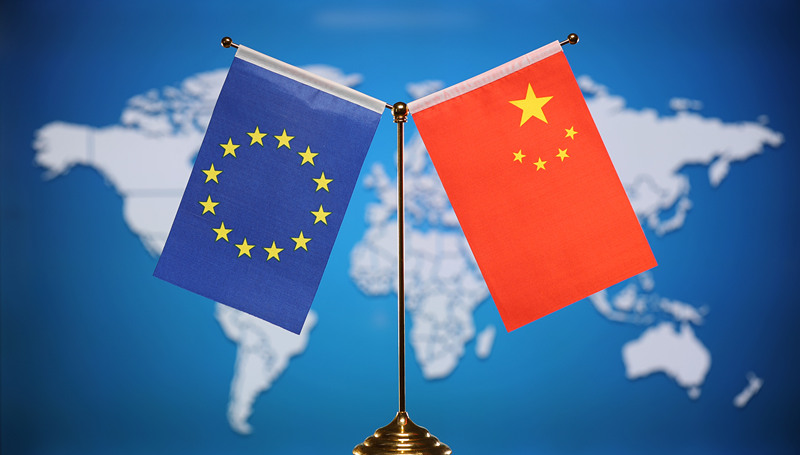 The long-awaited result, which came after 35 rounds of negotiations in the course of seven years, is a milestone in EU-China relations and is expected to inject new vitality into the pandemic-battered global economy, European experts, officials and business leaders have said.

GOOD NEWS
Jan Zahradil, vice-chair of the European Parliament's international trade committee, deemed the completion of the negotiations "good news at the end of otherwise not (a) very good year."
Featuring greater market access, improved business environments, stronger institutional guarantees and brighter cooperation prospects for mutual investment, the China-EU investment agreement is a hard-won achievement between the two major economies that have already enjoyed high-level economic relations.
In 2019, two-way trade between both sides reached 4.86 trillion yuan (roughly 740 billion U.S. dollars), and over 3,200 Chinese enterprises have invested directly in the EU, creating nearly 260,000 jobs for locals.
Despite the pandemic and the stifling economic woes induced by the outbreak, bilateral economic cooperation continues to march forward, with the completion of investment agreement negotiations as a new landmark.
"The investment agreement reached between the EU and China opens the door to a future market for our companies. The close economic exchange with China also secures many jobs in Austria," said Margarete Schrambock, Austria's economy minister.
Shada Islam, a Brussels-based commentator on EU affairs, said that the agreement will provide much-needed stability and predictability to European and Chinese investors by ensuring that the job-generating foreign direct investment flows remain dynamic despite pandemic-induced economic headwinds.
Actually, the China-EU investment agreement is not only "good news" for the two major economies themselves, but also an encouraging message for the global economic recovery amid the pandemic.
In the eyes of James Zhan, editor-in-chief of annual UN World Investment Report, the agreement represents both a milestone for China and the EU to boost their bilateral investment and a landmark of joint commitments to sustainable global development.
MUTUALLY BENEFICIAL
China has become the biggest trade partner of the EU while the EU is now China's second-largest trade partner. The EU is also China's third-largest source and destination of investment.
In September 2020, the two sides announced the official signing of the China-EU agreement on geographical indications, and decided to establish a China-EU High Level Environment and Climate Dialogue and a China-EU High Level Digital Cooperation Dialogue.
The investment treaty between China and the EU is a continuation of such mutually beneficial cooperation over the past decades.
The treaty is a balanced, high-standard and mutually beneficial agreement that matches high-level international economic and trade rules and focuses on institutional opening-up, said China's Ministry of Commerce.
It is "definitely a win-win" between the two economies that are reliant on each other not only for trade, but increasingly so for investment, said Margit Molnar, head of the China Desk at the Economics Department of the Paris-based Organization for Economic Cooperation and Development.
"This investment treaty, which has reciprocity as a basic principle, will create a more welcoming environment for Chinese investors in the EU," and EU firms will face a level playing field in China, she said.
Noting the agreement is an important step in China's unwavering efforts to promote high-level opening-up, Fabrice Megarbane, president and CEO of L'Oreal China, said the continuous strengthening of cooperation between European and Chinese companies will create new opportunities for the development of bilateral relations.
Both Chinese and European companies will benefit from much wider investment access and better protection in their respective markets, said Zhou Lihong, chairperson of the China Chamber of Commerce to the EU.
Zhou also believed that ordinary people will benefit from the treaty because more investment will create more jobs in various sectors and "enrich the options of consumers."
POSITIVE SIGNAL
Against the backdrop of the raging pandemic, continuing recession, surging isolationism and rising protectionism, the completion of China-EU investment agreement negotiations has undoubtedly offered a silver lining to the global economy.
The agreement will unleash the market potential of the two stabilizing forces in the world economy and push forward their efforts to strengthen trade and investment, and stabilize global industrial and supply chains.
The deepening cooperation between the EU and China is of great significance and will contribute to the "reboot" of the global economy, establishing a "beacon" for economic globalization and trade liberalization, Megarbane said.
The commitment to rules-based economic relations by the two major economies is a positive signal for the world economy, which has seen rising protectionism in recent years, said Cora Jungbluth, senior expert at the German think tank Bertelsmann Foundation.
Jim O'Neill, British economist and chairman of the London-based think tank Chatham House, told Xinhua that the agreement adds to the confidence of a significant positive recovery in 2021 around the world, as the world moves beyond the pandemic.
The completion of the agreement negotiations is a strong signal from both China and the EU to keep their commitments to supporting an open and multilateral global system, said Fu Xiaolan, founding director of the Technology and Management Center for Development of the University of Oxford.
"It sends out the goodwill to the world, and is of special importance at a time of global pandemic and economic recession. It also demonstrates China is practicing its commitments to launching a deeper and higher level of openness," Fu said. Enditem
(Xinhua reporters Li Jizhi in Brussels, Tang Ji, Liu Fang, Xu Yongchun in Paris, Chen Junxia, Ling Xin in Geneva, Yu Tao in Vienna, Shen Zhonghao in Frankfurt, Feng Junwei, Meng Dingbo in Madrid, Sun Xiaoling in London, Zhang Zhang in Warsaw also contributed to the story.)