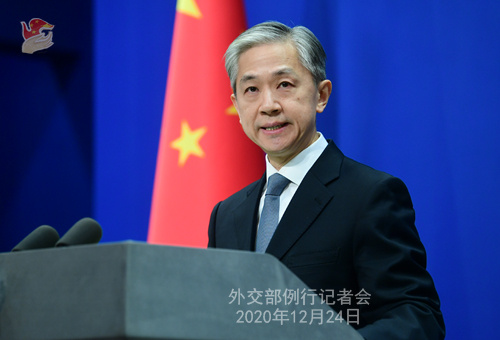 Spain and the Netherlands have voiced support for finalizing a comprehensive investment agreement between the European Union and China at an early date to better promote the development of their ties.

While talking with Sanchez, Li hailed the healthy and stable growth of bilateral ties, and expressed China's support for the European integration process as well as for Spain to play a more important role in the EU.

He said Beijing wants to see a united and prosperous EU, and supports the bloc in keeping strategic independence and working in unity and cooperation.

He also expressed hope that the EU would continue to create a fair, open and nondiscriminatory business environment for Chinese enterprises.

Sanchez said that Spain supports an early conclusion of negotiations for the EU-China investment agreement, and is willing to work with China to safeguard multilateralism, strengthen cooperation in addressing climate change and promote the global availability of COVID-19 vaccines.

In his conversation with Rutte, Li said that amid the pandemic, China will strive to keep its economy running in a reasonable range and achieve steady and sound development, which will open more space for cooperation with the Netherlands as well as the EU.

China will maintain continuity, stability and sustainability in its macro policies, and its macro-control measures will not only be in line with market rules but also be more targeted and effective, he said.

Li expressed hope that both counties will conduct exchanges and dialogue based on equality and mutual respect.

Rutte called China an important cooperation partner for the Netherlands, and said his country expects an early conclusion of negotiations for the EU-China investment agreement, which will promote better development of EU-China relations.

Foreign Ministry spokesman Wang Wenbin said on Thursday that negotiations on the China-EU investment agreement are going well, and he rejected a news report saying the negotiations had reached an impasse due to disparities between the two sides on nuclear energy cooperation.

Wang, speaking at a regular news conference, called the report "fake news". He said the agreement is mutually beneficial, helps promote China-EU trade and investment liberalization and facilitation, addresses mutual concerns in a balanced manner and enhances the healthy and stable development of bilateral trade and economic relations.

Also on Thursday, a spokesperson for the Ministry of Commerce said China remains committed to promoting high-level opening-up and will advance the negotiations "at its own pace" with a view to reaching a comprehensive, balanced and high-level investment treaty with the EU on the premise of safeguarding its own security and development interests.

The spokesperson said the signing of the China-EU investment agreement is not only beneficial to bilateral trade and economic cooperation, but also to global economic recovery.