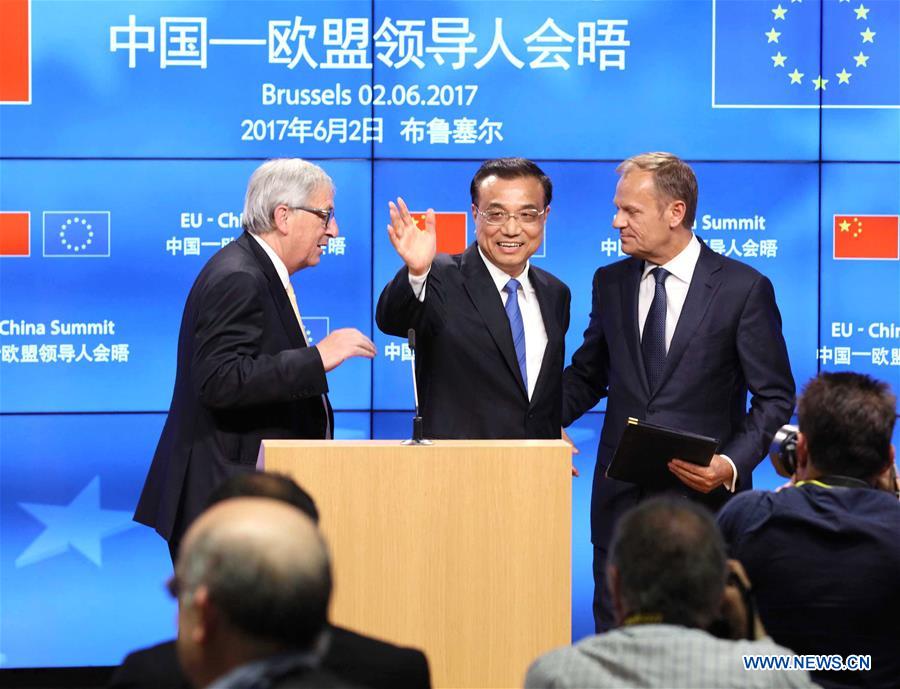 Ahead of Li's visit, which will take him to Brussels for the 21st China-European Union (EU) leaders' meeting, and Croatia for an official visit and the eighth leaders' meeting of China and Central and Eastern European countries (CEEC), the Chinese envoy to the EU said another "warm spring" for the development of China-EU relations is coming.

Ambassador Zhang Ming, head of the Chinese Mission to the EU, said China-EU relations are taking on several characteristics.

Firstly, strategic mutual trust has been continuously consolidated between the two sides.

President Xi chose Europe for his last overseas trip last year, and his first visit this year during which leaders of China, France, Germany and the EU held a special meeting in Paris, sending a clear signal to the world of enhancing strategic mutual trust and deepening strategic cooperation between China and the EU, Zhang stressed.

In 2018, trade between China and the EU exceeded a record high of 682 billion U.S. dollars, meaning the volume between the two sides surpassed one million dollars every minute on average.

Last month, China's national legislature adopted a foreign investment law. Zhang said the law is another milestone in China's reform and opening up, which will significantly contribute to the liberalization and facilitation of investment between China and the EU and create greater opportunities for future cooperation between the two sides.

Thirdly, bilateral cooperation under the framework of the Belt and Road Initiative (BRI) has also been consolidated and achieved tangible results, Zhang said.

Last year, the EU issued a strategy for better connecting Europe and Asia, in which China is clearly identified as an important partner for the EU, he said.

Recently, Italy and Luxembourg inked a memorandum of understanding, respectively, on the BRI with China, bringing the number of similar documents -- between governments or government departments -- to 22 in Europe.

Fourthly, the global significance of China-EU relations has become increasingly prominent, Zhang noted, adding that the two sides reached a 10-point consensus at the just-concluded China-EU High-level Strategic Dialogue in March, including supporting multilateralism and building an open world economy.

China and the EU are strengthening coordination and cooperation under the United Nations system and giving full play to the constructive role of the global and regional multilateral mechanisms including the World Trade Organization, the International Monetary Fund and the World Bank, among others, Zhang said.

China and the EU promote settlement of international disputes by political means, as well as jointly address climate change and foster sustainable development, he said.

Premier Li's upcoming visit to Brussels will make the China-EU relations embrace another "highlight moment," which will provide an opportunity for the two sides to review the cooperation results of the past five years and plan the direction of cooperation in the coming period, Zhang said.

The occasion will once again send out positive signals from China and the EU in strengthening mutual political trust, promoting pragmatic cooperation and supporting multilateralism, he added.