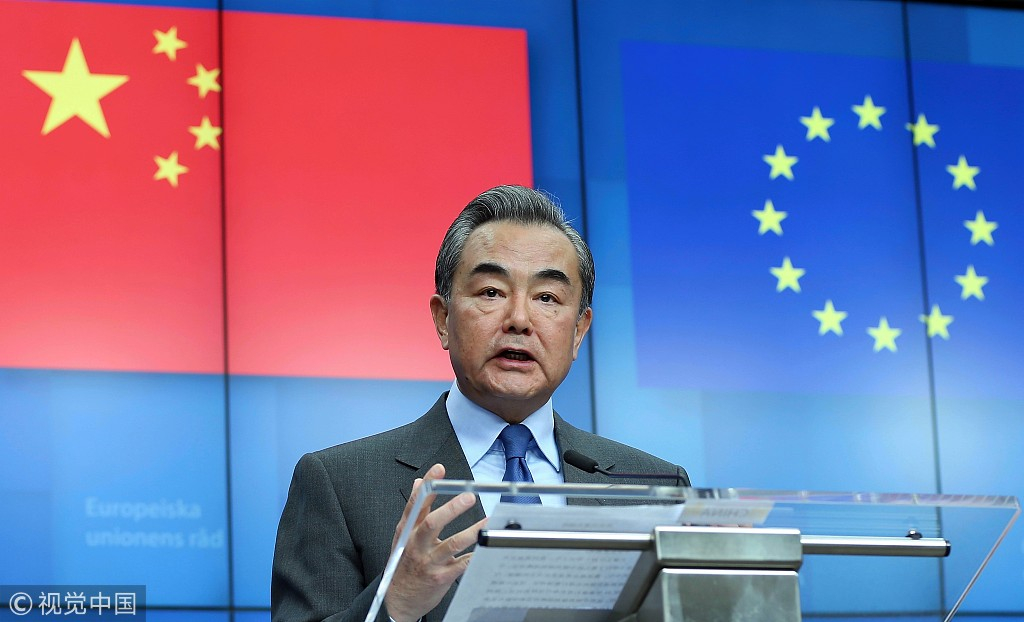 Wang is in Brussels, Belgium, on Monday attending the ninth round of the China-EU high-level strategic dialogue.

At a joint press conference with Federica Mogherini, EU High Representative for Foreign Affairs and Security Policy, Wang said that the cooperation and competition between China and Europe have been the focus of concerns under the China-EU Comprehensive Strategic Partnership. The two sides agreed during the strategic dialogue that the cooperation between the two sides far outweighs the competition, and they share far more consensus than divergence.

Summarizing the 10-point consensus, Wang said, first, China and the EU both support multilateralism and oppose unilateral practice; second, the two sides both support the United Nations playing a dominant role in the international affairs, and safeguard the basic norms of international relations based on the purposes of the UN Charter; third, both support an open world economy, and oppose protectionism.

Mogherini agreed with Wang, and expressed her belief that the consensus will be even expanded when the cooperation between the two sides is deepened further.