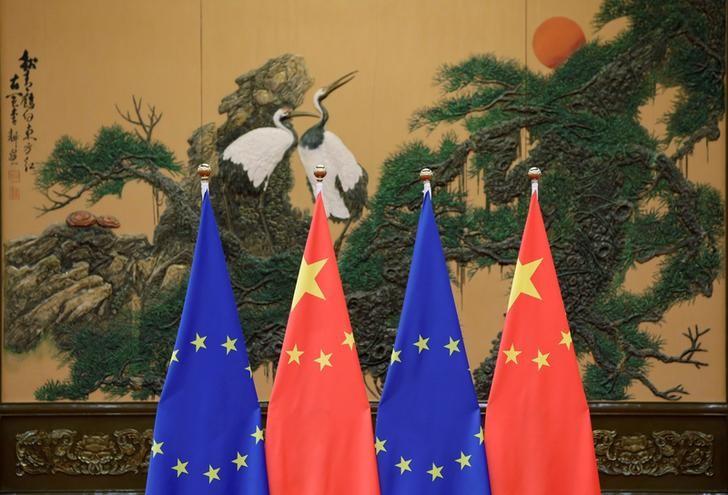 The European Union (EU) and China should team up to foster a new type of international relations, while building on current ties, Chinese ambassador wrote in an article published on The European Sting earlier this week.

In the article, Ambassador Zhang Ming, head of the Chinese Mission to the EU, gave a rundown on China's diplomacy and its expectation from the EU.

The overarching goal of Chinese diplomacy, he wrote, "is to forge a new type of international relations featuring mutual respect, fairness, justice and win-win cooperation, and to build a global community with a shared future."

Explaining what "a new type of international relations" means, Zhang underscored that "it should not be meant to overturn the current system or start it all over again".

"It is defined not by the dominance of one country or a group of countries, "he wrote. "Rather, we hope that all countries could enjoy equal rights, equal opportunities, and equal rules, and that the current system and order could be more equitable and reasonable."

To translate the vision into reality, the ambassador called upon the EU to join forces with China on five fronts.

"Politically, it is imperative to reject cold-war mentality and power politics, act on the basis of mutual respect and equality, and follow a new approach to state-to-state relations featuring dialogue rather than confrontation, and partnership instead of alliance.

"On security, we need to settle disputes and differences through dialogue and consultation, counter traditional and non-traditional challenges in an integrated manner, and fight terrorism in all manifestations.

"Economically, we need to act together to promote trade and investment liberalization and facilitation, and make economic globalization more open, inclusive, balanced and beneficial to all.

"Culturally, we should respect the diversity of civilizations, and replace estrangement with exchange, clashes with mutual learning, and superiority with coexistence.

"Ecologically, we should be good friends to the environment, jointly tackle climate change, and protect our planet for the sake of human survival."

Hailing the EU's history which demonstrates that countries could well join hands for win-win outcomes by overcoming historical, cultural and geographical obstacles through creative efforts, Zhang appealed for building "a global community".

"To build a global community is not about devising a set of uniform values to supersede values that are distinct to an ethnicity or nation," he explained. "Rather, it is about identifying the common interests of mankind while preserving diversity and jointly addressing challenges that confront us all."

Terming China and Europe as "two major forces for peace and development", the ambassador highlighted that they "have a joint responsibility to promote globalization and multilateralism, and make the world a place of greater openness, security and prosperity".