BEIJING, Feb. 21 (Xinhua) -- The total freight volume of China-Europe trains has expanded since the beginning of this year, despite the blow of the epidemic outbreak, official data showed Friday. 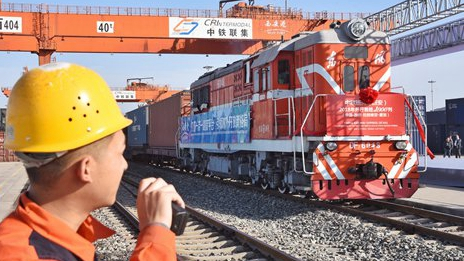 From Jan. 1 to Feb. 19, a total of 83,000 standard containers have been transported by China-Europe freight trains, up 1.5 percent year on year, data from the China State Railway Group Co., Ltd. (CSRC) showed.

The railway authorities have taken various measures including enhancing transport capacity to ensure the normal operation of the trains, said Ma.

Initiated in 2011, the China-Europe rail service is considered a significant part of the Belt and Road Initiative and is expected to boost trade between China and Europe.