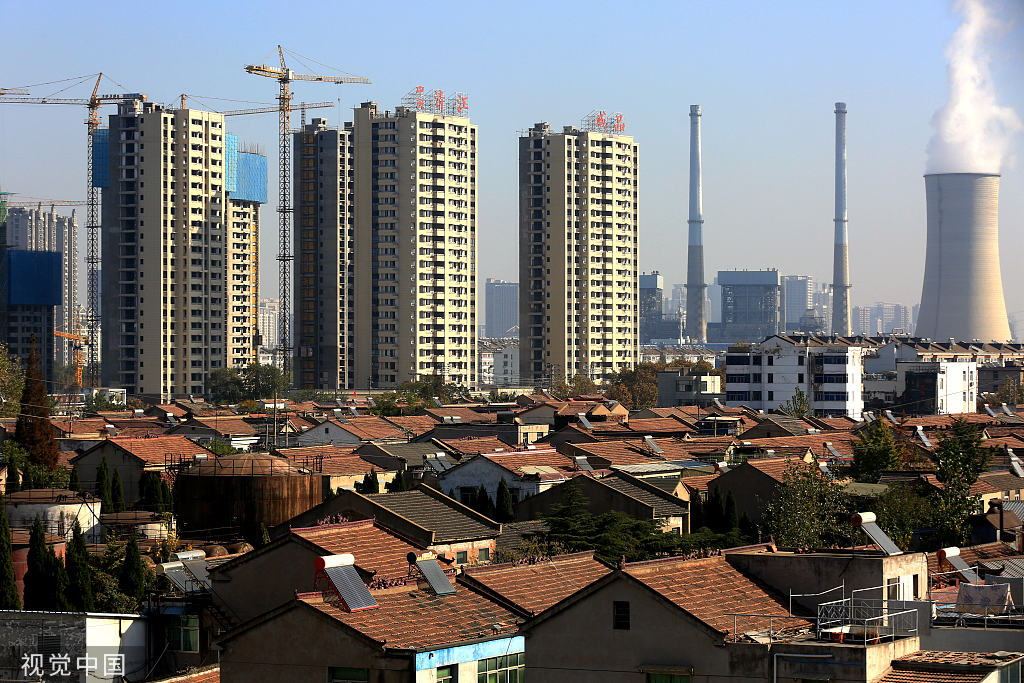 A view of a shantytown in Huai'an, Jiangsu province. [Photo/VCG]

BEIJING - By commencing renovation projects on 21.57 million homes from 2016 to 2019, China has already exceeded its target for housing renovation in rundown urban areas set for the 13th Five-Year Plan period (2016-2020).

The plan aimed to begin renovating 20 million homes amid efforts to speed up urbanization and improve people's livelihoods.

According to data from the Ministry of Housing and Urban-Rural Development, the country's massive renovation project is expected to cover a total of 23 million homes by the end of this year, improving living conditions for some 50 million residents.

The total investment is estimated at 7 trillion yuan ($1.04 trillion).

Permanent urban residents exceeded 60 percent of the Chinese population for the first time in 2019, according to a government work report.