BEIJING, Sept. 28 (Xinhua) -- China expects to see 210 million passenger trips made via the roads during the weeklong National Day holiday that starts on Saturday, according to the Ministry of Transport. 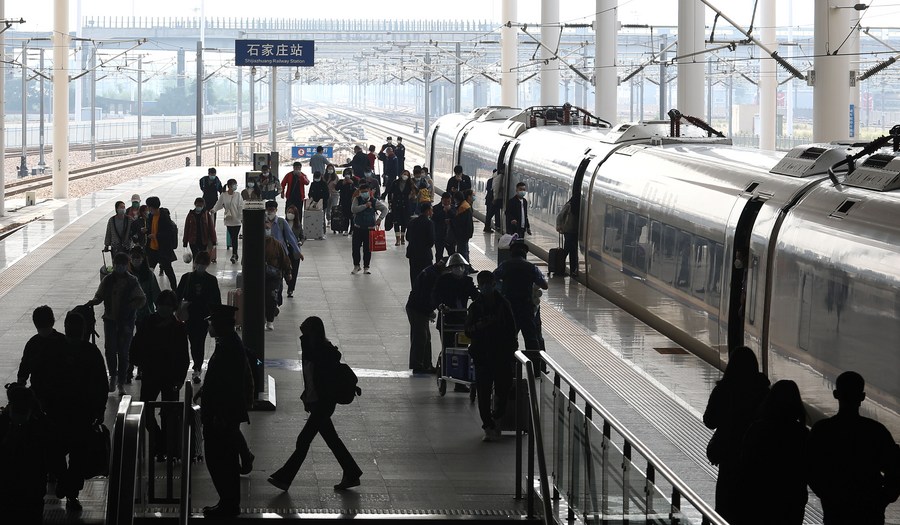 The estimated figure is 30 percent lower than that of the same period a year ago, the ministry said Wednesday.

Passenger trips via waterways are forecast to increase 16 percent to 7.2 million during the period.

The ministry also announced that highways nationwide would be toll-free for passenger cars with up to seven seats during the holiday.

Zhou Rongfeng, an official with the ministry, said that most of the holiday trips will be made within provinces due to impacts of COVID-19.

Zhou also said that highway tolls for trucks will be cut by 10 percent in the fourth quarter, as part of policy support for the country's logistics sector.