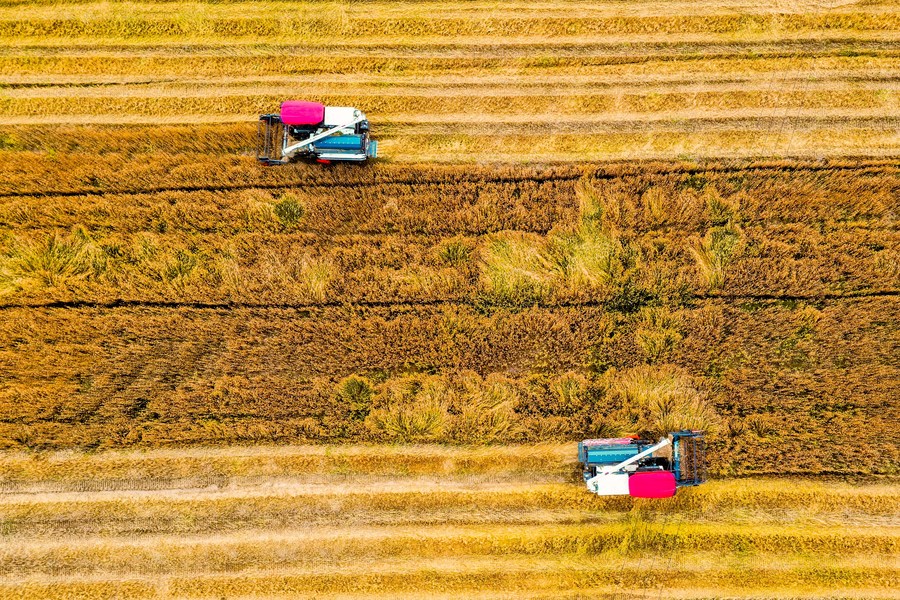 China has seen a stable increase in the planting acreage of autumn grain, which produces over 75 percent of the total grain in the country, MARA official Liu Lihua told a press conference.

The planting acreage of autumn grain is expected to stand at 1.29 billion mu (86 million hectares) this year, with a particular increase in the cultivation of corn, said Liu.

Currently, crops in the field are growing well, Liu added.

For summer grain, the acreage increased by 3.98 million mu this year, reversing the shrinking trend in the past five years, said Zeng Yande, an official with the MARA.

Summer grain output recorded an all-time high of 145.8 million tonnes, up by 2.97 million tonnes from a year ago, data from the ministry showed.

The yield of summer grain per mu reached 367.7 kilograms, marking a rise for three years in a row, the data showed.

The July-September period is key to the production of autumn grain, Liu said, adding that natural disasters, including flooding and typhoons, are also likely to appear frequently during the period.

The country should speed up the harvest of autumn crops and prevent natural disasters to make sure that the grain output for the year maintains above the target of over 650 million tonnes, Liu said. Enditem