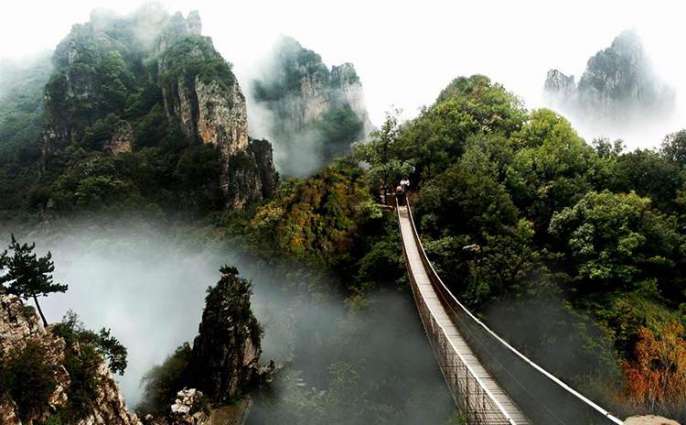 BEIJING, Dec. 19 (Xinhua) -- China is considering ways to improve the management of its increasing number of national parks as they have become popular destinations for sports enthusiasts, China Daily reported Wednesday.

Around 200 experts and scholars from across the world discussed sustainable development of national parks and outdoor recreation at the First International Conference on National Parks and Outdoor Recreation hosted by Shanghai University of Sport (SUS), according to the report.

While China is actively promoting the construction of national parks and exploring how to run them, the country faces challenges of relocating residents who live within the boundaries of the pilot parks and protecting the environment, among other issues.

The report quoted David Lange, a former conservation official with the U.S. Fish and Wildlife Service, as saying that it has been mandatory for any U.S. natural park to have a monitoring system to regularly check and restrict the number of people allowed to occupy a site at certain times of the year.

"In the short term we need to regulate outdoor recreation, but in the long run we need to cultivate professionals," Dong Erwei, a professor at SUS and also director of the China International Center for Leisure and Tourism Research, was quoted as saying.

According to a report on the outdoor recreation market released by the China Outdoor Brand Alliance, sales of professional outdoor brands reached 19 billion yuan (2.75 billion U.S. dollars) in 2017 from 7 billion yuan in 2010 and 100 million yuan in 2000.