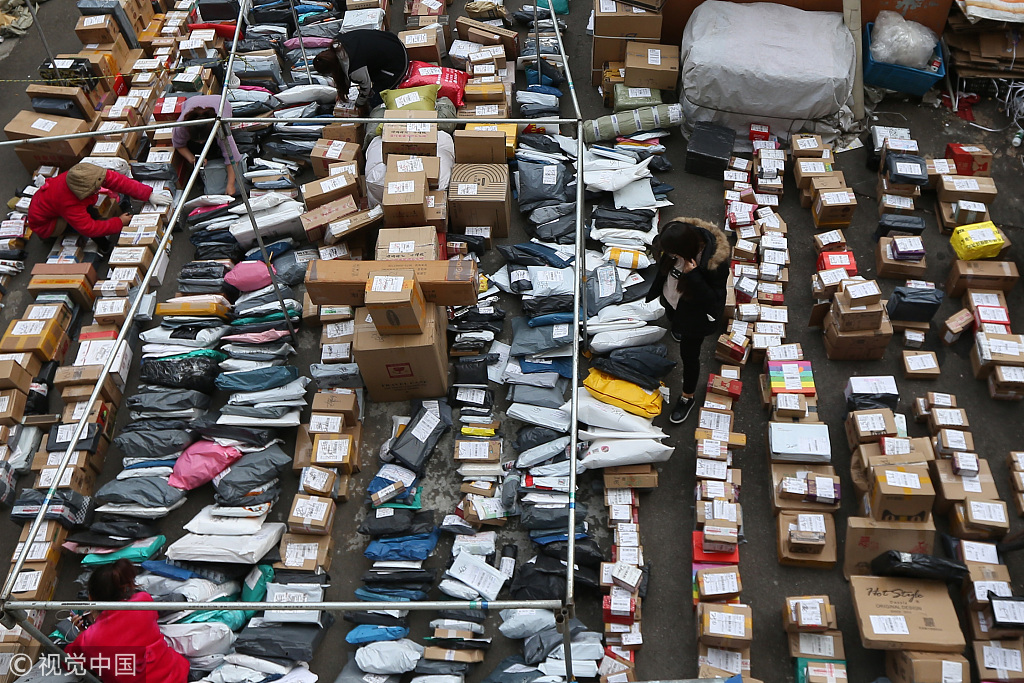 A female student is searching for her package on a Nanjing university’s campus. (Photo: VCG)

The State Post Bureau said total business was expected to have reached 976 billion yuan ($150.21 billion) over the year, 32 percent higher than 2016.

It said infrastructure had also been improved, with 1,000 storage and delivery centres built, some using new technology such as unmanned warehouses, drones and driverless vehicles.

The surge in deliveries has raised concerns about pollution. During an annual online discount sales event last November, postal and courier businesses had to deal with 331 million packages, creating an estimated 160,000 tonnes of packaging waste.