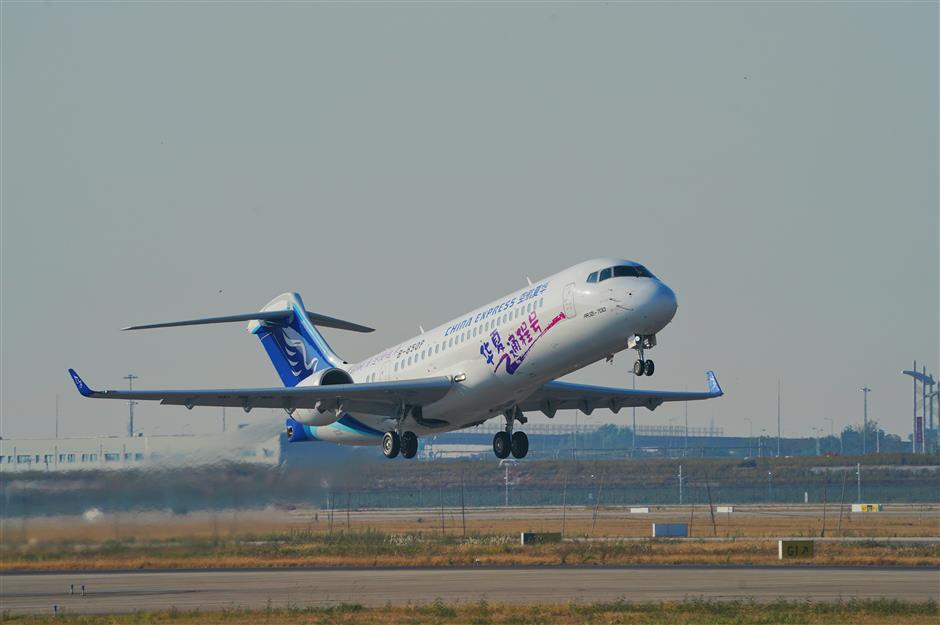 China Express Airlines' first ARJ21 is landing at the Jiangbei airport in Chongqing on Tuesday.

The private regional airline based in southwest China's Chongqing Municipality has signed an agreement with the Commercial Aircraft Cooperation of China (COMAC) to buy 100 Chinese-made passenger aircraft. They include 50 ARJ21s and another 50 ARJ21 or C919s, the first home-grown single-aisle jet. A watergate ceremony for the newly delivered ARJ21.

The ARJ21 is China's first turbo-fan regional passenger jetliner which has a range of 3,700 kilometers. It can fly in alpine and plateau regions, and adapt to various airport conditions.

COMAC has so far delivered 39 ARJ21s to Air China, China Eastern, China Southern, Chengdu Airlines, Jiangxi Air, Urumqi Air and Genghis Khan Airlines. Orders for the ARJ21 total about 600 units from more than 20 domestic and international customers, according to COMAC.

More than 1.31 million passengers have now traveled on the ARJ21 via multiple Chinese carriers. Since the jet started commercial operations with Chengdu Airlines in June 2016, it has connected 64 domestic and international cities. Also planned are additional short and medium-haul routes to eastern Russia, Japan, South Korea, Southeast Asia and South Asia. 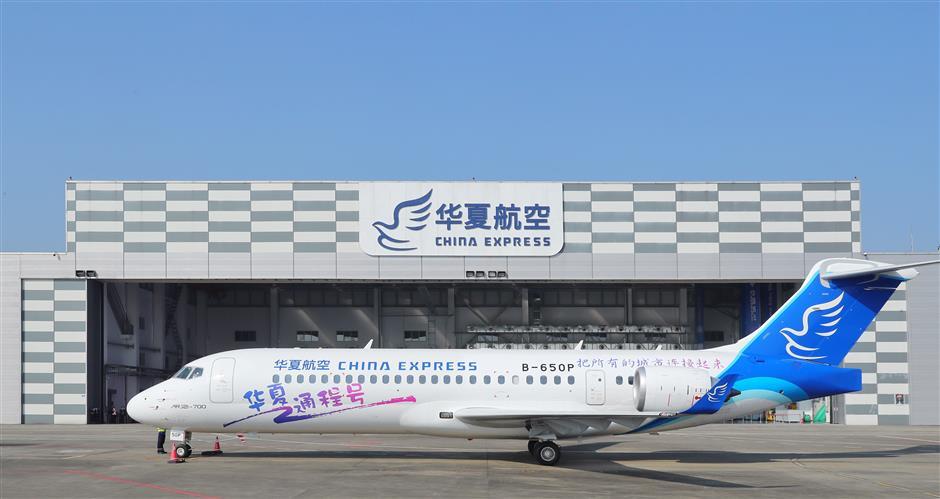