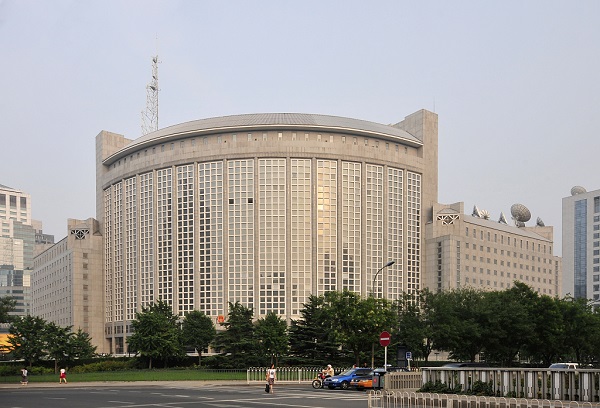 What Hong Kong faces at present is not the so-called human rights and democracy issues, but the issue of ending violence and chaos, restoring order and upholding the rule of law as soon as possible, spokesperson Geng Shuang said in the statement.

By neglecting the truth and turning white to black, the U.S. House of Representatives called arson, smashing of shops, and violently assaulting police officers as human rights and freedom, which is a stark double standard that fully exposes some Americans' extreme hypocrisy on human rights and democracy and their malicious intentions to damage the prosperity and stability of Hong Kong and contain China's development, Geng said.

The United States also has important interests in Hong Kong, he said.

"Should the act eventually come into law, it will not only harm the interests of China and the China-U.S. relations, but also severely undermine the interests of the United States," Geng said.

China will definitely take forceful countermeasures against the wrong decision of the U.S. side in order to firmly safeguard its own sovereignty, security and development interests, the spokesperson said.

"Hong Kong belongs to China and its affairs are purely China's domestic affairs that brook no foreign interference," he reiterated.

"We advise the U.S. side to get a clear understanding of the situation, rein in on the brink of the precipice immediately, and cease to promote the subsequent deliberation of the act and interfere in Hong Kong affairs and China's internal affairs immediately," Geng said.

China's Hong Kong and Macao Affairs Office of the State Council on Wednesday also made serious protest to and strongly condemned the passing of the act.

The Office of the Commissioner of the Chinese foreign ministry in the Hong Kong Special Administrative Region (HKSAR) on Wednesday expressed strong indignation over the passing of Hong Kong-related bills, warning that playing Hong Kong as a card will get the US nowhere.

The government of HKSAR on Wednesday expressed regret over the US House of Representatives' passage of acts and resolution concerning Hong Kong, reiterating that foreign legislatures should not interfere in any form in the internal affairs of the HKSAR.