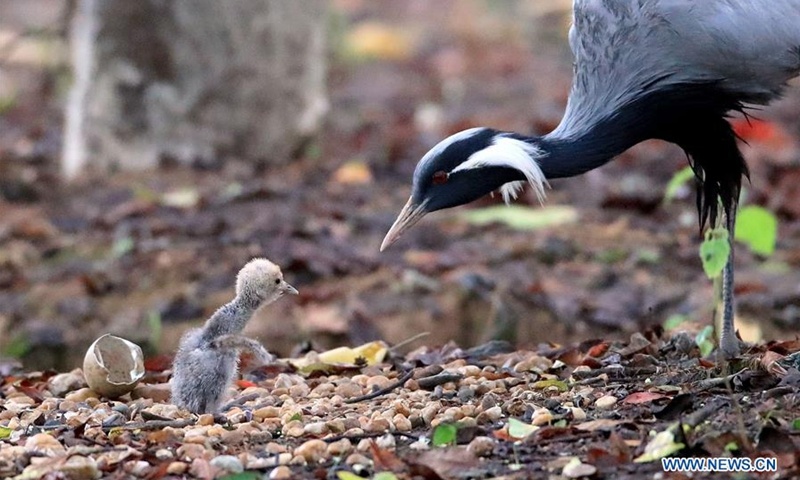 Forty years after China joined the Convention on International Trade in Endangered Species of Wild Fauna and Flora (CITES), the country has made enormous efforts to make sure 85 percent of key protected wildlife are under effective protection, the State Forestry and Grassland Administration (SFGA) said Thursday, vowing to eradicate outmoded habits of consuming wild animals, as well as ban their illegal trade.

The administration held a ceremony on Thursday to commemorate the 40th anniversary of China's entry into CITES. Ninety percent of floral and land ecosystems, as well as 85 percent of key protected animals are under effective protection, said a document issued by SFGA, noting that the number of endangered spices, such as giant panda and crested ibis, is rising.

The administration said that such an achievement is a result of China's arduous endeavor to protect endangered species of wild fauna and flora. For example, the country has stepped up strict measures to prevent the smuggling and illegal trading of wild animals, and took the monumental step of banning the ivory trade within the country in 2018.

The SFGA said the next steps are to eradicate the outmoded habit of consuming wild animals, ban the illegal trade of wild plants and animals, as well as enhance protection of the habitats of those groups.

After the outbreak of COVID-19, the SFGA in January last year took what is called "the most stringent measures" in regulating wild animals, which include banning all forms of wild animal trade, and a complete prohibition on transferring of wild animals through artificial breeding farms to cut off possible transmission of the coronavirus as soon as possible.

Yet the pandemic has exposed the safety hazard in consuming wild animals, and propelled many health experts to call for legislation against such behavior.

A year on, when the world is seeking an answer to the origins of the coronavirus, some foreign media, including National Public Radio, cited the Chinese government's swift response in banning the wildlife trade and closing farms as indications that wildlife farms in southern China are the most likely source.

Tong Yigang, the co-leader of the WHO-China joint expert team's animals and environment group and professor at Beijing University of Chemical Technology, said at a March conference that the world's knowledge about the virus was very limited in the early stages of the outbreak, leading some scientists to speculate it had something to do with wild animals.

In order to contain the viral spread, China took many positive measures including the closure of farmland, he said, noting that mounting evidence has shown that China's early measures were proven effective in slowing viral transmission, he said.

China has tested samples of both domestically raised animals and wildlife after the COVID-19 outbreak and found no evidence of viral transmission, according to the scientist.