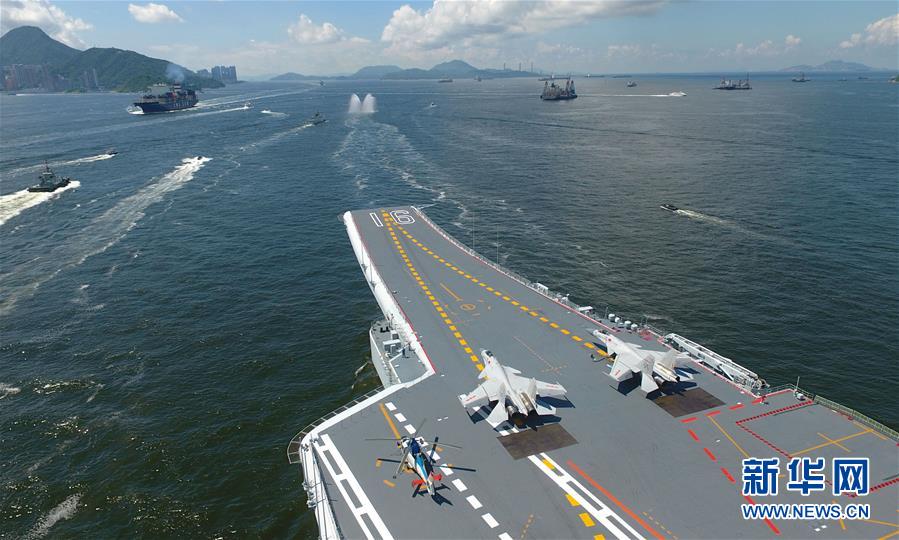 China's future aircraft carrier may be nuclear-powered as a State-owned defense company identified relevant research in its agenda.

This is the first time a State-owned Chinese defense company has openly identified nuclear-powered aircraft carriers on its agenda.

Military experts said China may have achieved initial progress in its research of nuclear-powered aircraft carriers and that it may not be too long before the authority confirms the news.

"I think we can say that China has made major breakthroughs in the implementation of nuclear power on large vessels," Li Jie, a Beijing-based naval expert, told the Global Times on Wednesday.

In a veiled reference, Hu Wenming, chairman of the board of CSIC, said in a speech in November 2017 at the construction site of China's first domestically made aircraft carrier, the Dalian Shipbuilding Industry Co., that China is capable of designing and building any type of aircraft carrier.

"Hu's speech indicates that China can build aircraft carriers powered by either diesel, gas or nuclear power. The country has mastered all the fundamental core technologies, including ski-jump and catapult-assisted launch technologies," Li said.

"In the future, China's national interests will continue  to expand overseas. Without a fleet of large nuclear-powered vessels, the Chinese navy cannot sail for a long time to faraway waters," Li said. "Aircraft carriers with conventional power require the company of large depot ships, which in turn requires replenishment from ports or overseas bases. US nuclear-powered aircraft carriers can sail for as long as six months. This is conducive to protecting national security and overseas interests."

China commissioned its first-ever aircraft carrier, Liaoning, a refurbished Soviet ship it bought from Ukraine, in 2012. Its second carrier and the first domestically built carrier, known as Type 001A, was a close copy of Liaoning and was launched in April last year. A third aircraft carrier, Type 002, is said to be under construction at the Shanghai Jiangnan Shipyard Group, although it has yet to be officially confirmed by Chinese authorities.

"Each carrier achieves some breakthroughs. The second absorbed and consolidated technologies from the first one. The third carrier is able to use  an electromagnetic aircraft launch system from the conventional ski-jump system. The fourth may witness breakthroughs in power units," Li said.

Established in July 1999, CSIC owns the largest shipbuilding and repair facilities in China, including the Dalian Shipbuilding Industry Co., and is a leading player in the research and design of naval and merchant ships, according to its website.