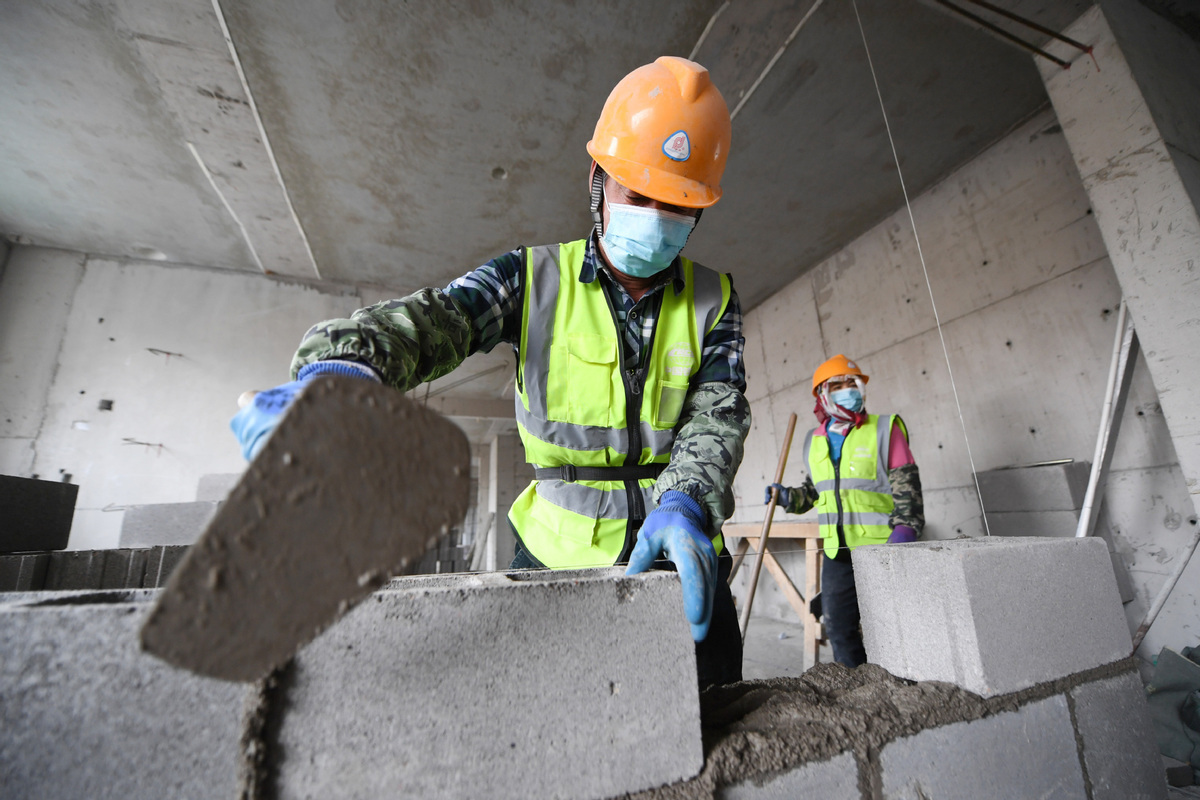 China is the largest consumer of sand and gravel for construction use in the world. Each year, its total demand is billions of metric tons.

Traditionally, people turn to rivers for the material. As the sediment concentration in the country's rivers plummets, however, the price of the material has exploded.

Now, in lieu of only exploiting nature, the country is eyeing other potential sources in its increasingly bigger piles of industrial waste to help address the shortage, according to a recent guideline published by 15 central government bodies.

They also called, however, for preferential policies to be hammered out to stimulate investment into making sand from industrial waste, potentially facilitating an annual transformation of billions of tons of such material across the country.

Over the past 10 years, the average sediment concentration in major rivers emptying into the sea has decreased by about 80 percent, said Yang Shuying, a researcher with Policy Research Center for Environment and Economy.

"In recent years, there has been less and less sand generated in river courses. In some rivers, the resource has nearly been exhausted," she said.

According to the Chinese Research Academy of Environmental Sciences, dam construction－which prevents sand from going downstream－and the country's efforts in water and soil conservation are the two major causes of the vast decrease, together contributing to almost 80 percent of the decline of the material.

Many regions have seen the price of the material soar in recent years. In Yueyang and Yiyang cities in Hunan province, for example, the price of 1 cubic meter of river sand and gravel skyrocketed from 40 yuan ($5) in 2016 to 180 yuan today, according to Yang.

While vowing to strictly control sand excavation from watercourses, the guideline asks to ratchet up efforts in enhancing supply by making sand from industrial waste such as mine tailings and construction waste.

Experts said the guideline helps address the conflicts between sand exploitation and ecological and environmental protection.

"Sand and gravel are important parts of the ecological system. Improper exploitation of them could worsen environmental pollution and threaten ecological safety," said Yan Gang, a researcher with the Chinese Academy of Environmental Planning.

For example, there are over 270 mines in Qinling Mountains to exploit stones to make sand, and 60 percent of them have violated laws or regulations. These mines have damaged an area of more than 3,500 hectares, resulting in accelerated water and soil loss, he noted.

The high intensive sand excavation in Poyang Lake, the country's largest body of freshwater, has also resulted in a significant drop in water levels and a marked decline in fish resources, he added.

Such waste has occupied a large area of land and has created a lot of ecological and environmental hazards. To use the waste to make sand and gravel could help address many of the hazards, according to a media release from the Chinese Academy of Environmental Sciences.

Construction waste has helped increase sand and gravel supply in many countries, said Yang, the researcher with Policy Research Center for Environment and Economy.

China, however, still lacks preferential policies to encourage recycling of construction waste. Currently, only 5 percent of such waste in the country is utilized. Most of the rest is disposed of in landfills, which results in a lot of pollution, she said.

Yan, with the Chinese Academy of Environmental Planning, said the country should also introduce incentives such as tax reductions to encourage investments into making sand and gravel from mine tailings.