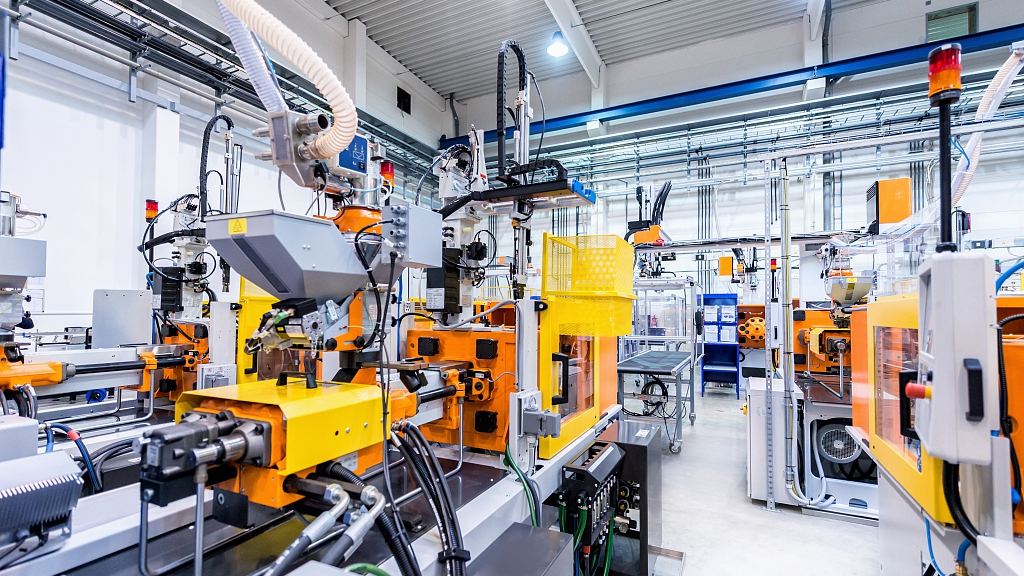 The biggest jump in seven years of the gauge of China's factory activity and its sub-indices together prove that those earlier policies to support the private sector have been working, as large and SME's PMIs start converging. Meanwhile, external demands remaining soft indicates that the outperformance of the Chinese assets will continue and more capital inflows could be expected.

The country's manufacturing PMI jumped 1.5 percentage points to 50.5, with the biggest contribution from the gains in new orders and output indices.

China's various policies, including monetary measures, to support the credit condition in the private sector since Q4 last year can now be seen to have been effective, and this is one of the major drivers to boost the domestic demand. Standard Chartered China SME credit index, which surveys over 500 SME firms in China, rose to 53.68 in March, the highest since 2017.

The chart below shows a loose correlation between the Standard Chartered China SME credit index and SHIBOR 3-month fixing rate. Less relationship between the two suggested that lowering interbank lending rates has had a limited impact on the credit condition in private sector, and needs other policies to supplement. Given the short-end interest rates are not very far from the lowest levels in the last 10 years, a broad-based RRR cut within the next few months after the March manufacturing PMI data looks unlikely.

Instead, policymakers are expected to stress on the targeted measures to support the real economy, and those policies have been seen effective to converge the large firms and SMEs.

Manufacturing PMI for large firms actually slowed to 51.1 last month from 51.5 in February, while the medium firms' PMI jumped 3.0 percentage points to 49.9, the highest since August last year.

The gap between large and medium-sized firms PMI narrowed to 1.2 in March, the smallest gap since 2017.

New export orders PMI, another highly-watched sub-index, rose 1.9 percentage points to 47.1, remaining below the key threshold level at 50. The improvement should be largely due to the increasing expectation that the U.S. and China will be able to reach some form of trade agreement this year, while the subdued overseas demand has yet to weigh on the Chinese exports' outlook. The chart below shows that the PMIs of China's largest exports destination have been deteriorating recently. In order to counter the external weakness, Chinese policymakers will continue with the monetary and fiscal measures to support domestic growth.

The PMI data is expected to lift the global stock's sentiment in the near term, as growth slowing down in major economies is one of the main concerns among the recent selling factors. China's PMI signals that its growth recovery may have just started at a time many other major economies are starting to slow down such as the U.S. and some countries in the eurozone. Global inflows into the Chinese capital market are expected to increase at a faster pace.

Given China has encountered a substantial amount of outflows in past years, partially due to Fed's rate hikes and strong greenback, potential larger inflows this year will help further balance the China broader capital flows, an important condition to support the reform in the domestic capital market.