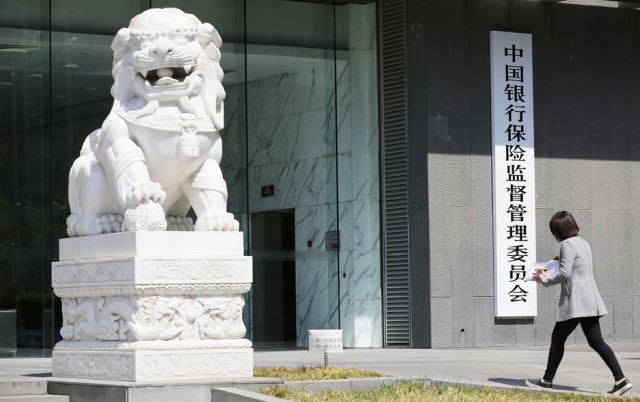 A woman walks past the headquarters of China Banking and Insurance Regulatory Commission (CBIRC) in Beijing on April 8, 2018. (File Photo: IC)

A total of six banks and the individuals responsible were fined a combined 156.3 million yuan ($22.76 million), according to the China Banking and Insurance Regulatory Commission.

Lenders including China Minsheng Bank and China Bohai Bank were punished for irregularities such as guaranteeing principal on some wealth management products.

The punishments come as China's regulators toughen their stance on market irregularities, targeting risky business practices such as shadow banking.

The central bank has tightened regulations on the asset management businesses of financial institutions, with new rules issued this year addressing issues such as implicit guarantees by banks on wealth management products.