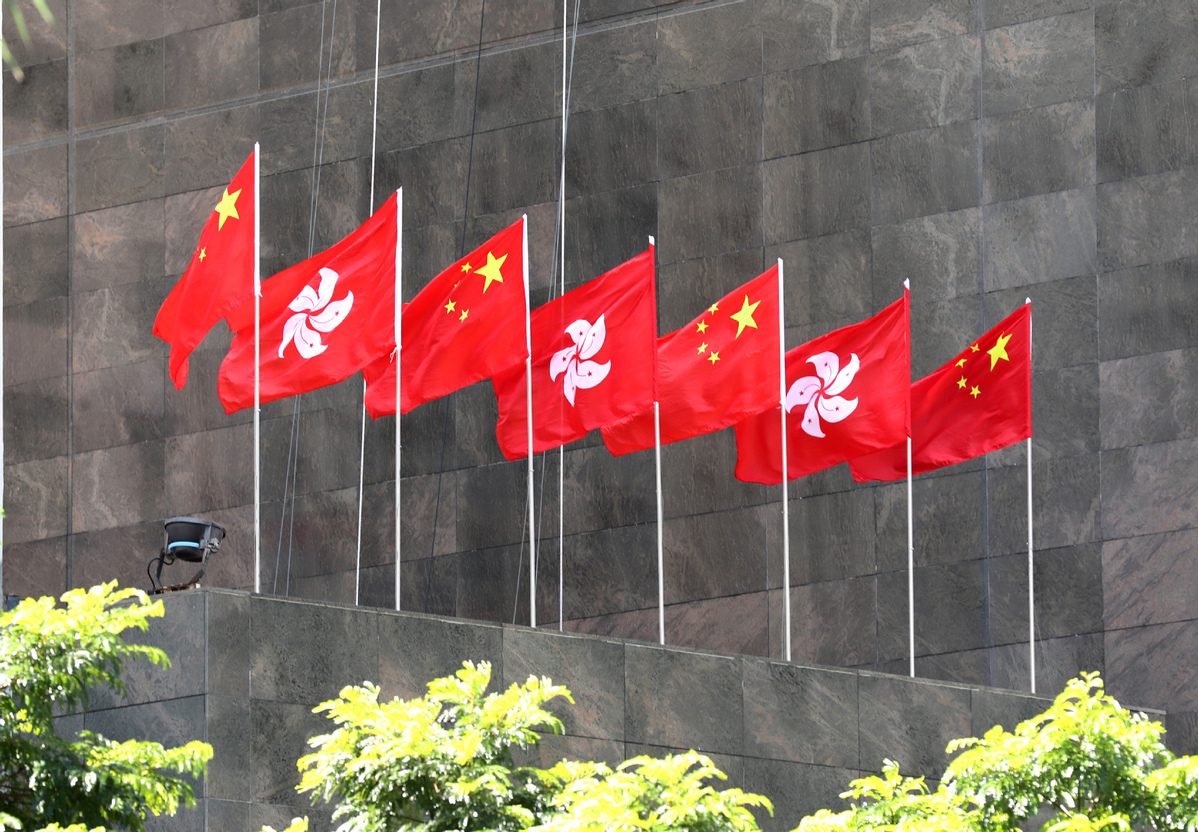 Spokesperson Hua Chunying made the remarks at a press briefing in response to a query about the call by some Europeans that the more than 50 people arrested by the Hong Kong police should be released immediately. They also said it violated the "one country, two systems" and "Hong Kong people governing Hong Kong with a high degree of autonomy" principles.

Hua said those arrested are suspected of attempting to subvert state power as set out in the national security law in Hong Kong instead of exercising the legal rights to participate in political and public life.

"The national security law in Hong Kong has a clear definition of crimes that threaten or endanger national security, and protects the rights and freedoms enjoyed by Hong Kong residents in accordance with the Basic Law and international covenants on human rights," Hua said, reiterating that Hong Kong affairs are purely China's internal affairs and no foreign country has the right to interfere.

Those foreign forces have no right to demand that China release criminals arrested lawfully by the Hong Kong police, she added.

Comparing the unrest in Hong Kong and the riots in the U.S. Capitol in Washington, Hua said there are at least two differences. The first is that in July 2019 rioters in Hong Kong broke into the Legislative Council and ransacked it, hunted down innocent people and attacked the police with petrol bombs and daggers, their crime are more serious and worse than scaling the outer wall and rushing into U.S. Congress, and they should be treated and punished as rioters and terrorists.

The second difference is that what happened in U.S. Congress was organized by the Americans themselves, while the Hong Kong unrest was instigated, planned, organized, directed and implemented with the support of external forces, Hua said, noting that some Americans have played a dishonorable role in the violent activities in Hong Kong.

Hua pointed out that such a double standard reflects the superiority and ideological prejudice in some people's hearts and relates to the issue of how to define democracy and freedom.

The Chinese government represents, reflects and safeguards the interests of the vast majority of people and is committed to preserving every citizen's life, value and dignity, Hua said, stressing China's democracy is broad, real and effective.

She cited some international scholars as saying that over the last 30 years, the Chinese people have experienced the fastest improvement in their living standards in the past 3,000 years. Moreover, international polls have pointed out for several years that the satisfaction and support rate enjoyed by the Chinese government exceeded 90 percent.