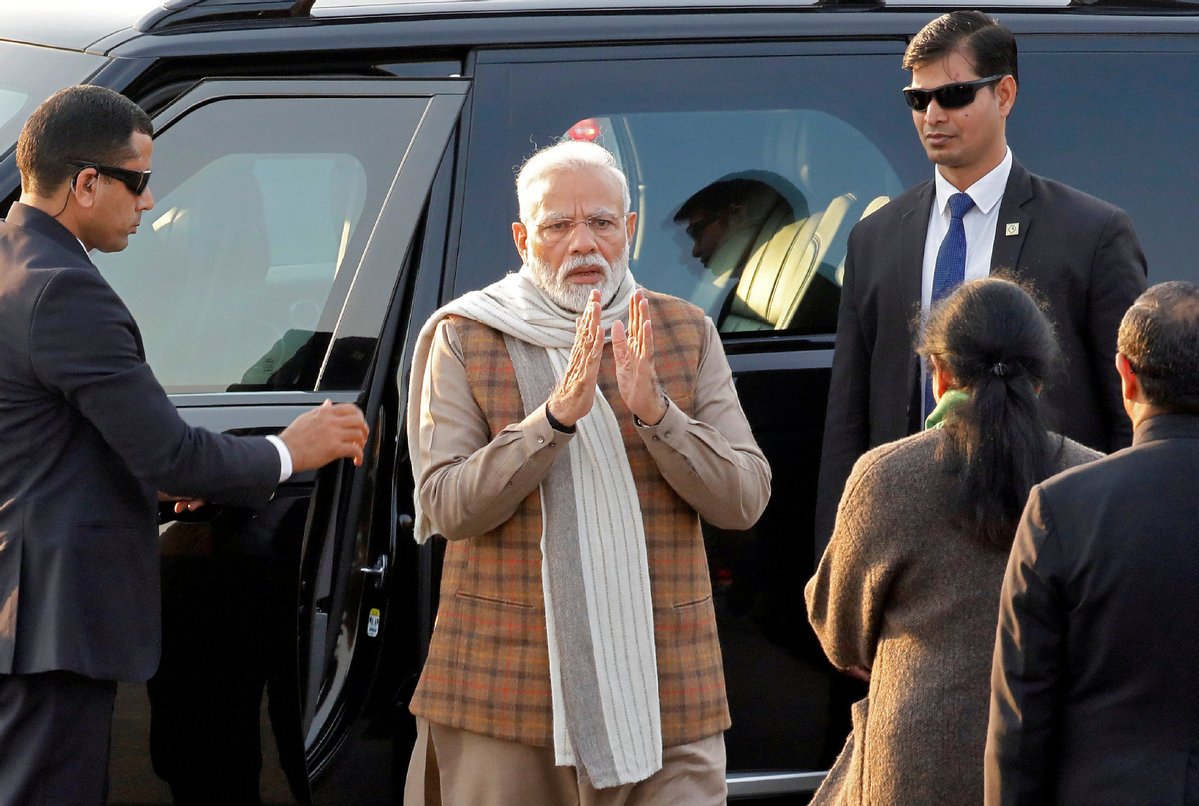 BEIJING, Feb. 9 (Xinhua) -- The Chinese Foreign Ministry on Saturday expressed strong opposition to Indian Prime Minister Narendra Modi's visit to a region on the east section of the China-India border.

"China's position on the China-India border issue is consistent and clear-cut," said Hua, stressing that the Chinese government has never recognized the so-called "Arunachal Pradesh."

While urging the Indian side to bear in mind the common interests of the two countries, Hua called on the neighboring country to respect interests and concerns of the Chinese side, cherish the momentum of improvement in bilateral ties and refrain from "any action that may lead to an escalation of disputes or complicate the border issue."