China firmly opposes passage of Xinjiang-related bill by US Senate

BEIJING, Sept. 12 (Xinhua) -- China firmly opposes the passage of a Xinjiang-related bill by the U.S. Senate, a Foreign Ministry spokesperson said Thursday, urging the U.S. side to stop pushing the bill to become law so as to prevent damages to the overall relationship between China and the United States. 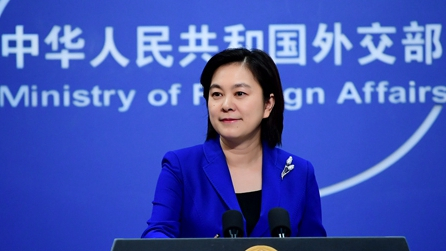 According to media reports, the U.S. Senate reviewed and passed the Uyghur Human Rights Policy Act of 2019 on Wednesday evening, calling on the U.S. government to exert more pressure on China for Xinjiang-related issues.

Such flagrant interference in China's internal affairs will only make the Chinese people more indignant, she said.

"We urge the U.S. side to respect facts, return to reason, discard the Cold-War mentality, stop using Xinjiang-related issues as a pretext to interfere in China's domestic affairs, and stop pushing the bill to become law so as to prevent damages to the overall relationship between China and the United States," Hua said.