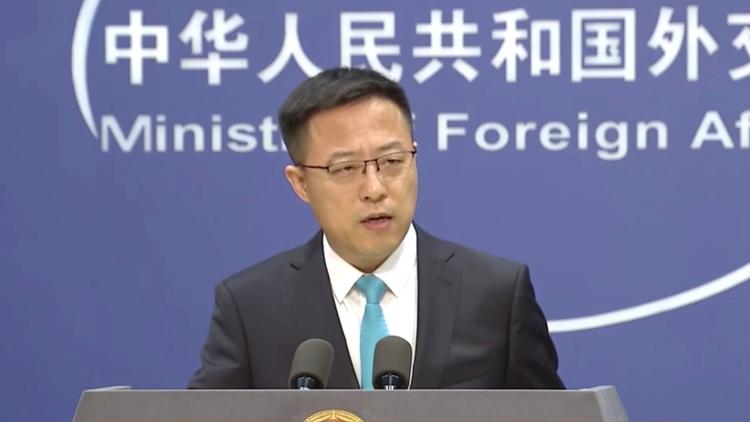 Spokesperson Zhao Lijian told a news briefing that Pompeo's remarks, which claimed that the Chinese government was using forced labor in areas including Xinjiang, were entirely fabricated.

The rights and interests of workers from ethnic minority groups in Xinjiang as part of China's large workforce are protected by law, Zhao said, adding their customs, religious beliefs and spoken and written languages are all protected by law.

Some in the United States profess they care about ethnic minorities in Xinjiang, but at the same time they are taking all sorts of measures to repress Xinjiang enterprises, Zhao said, noting this inconsistency exposes their hypocrisy and malicious intention to contain Xinjiang's development and sow discord between different ethnic groups in China.

"We urge the US side to respect facts, stop political manipulation, stop erroneous words and deeds detrimental to others and itself, and stop using Xinjiang as a pretext to disrupt normal cooperation between Chinese and American companies," he said.

China has unwavering resolution to defend its sovereignty, security and development interests. Those attempting to undermine stability and prosperity in Xinjiang and contain China's development will not and cannot succeed, Zhao added.