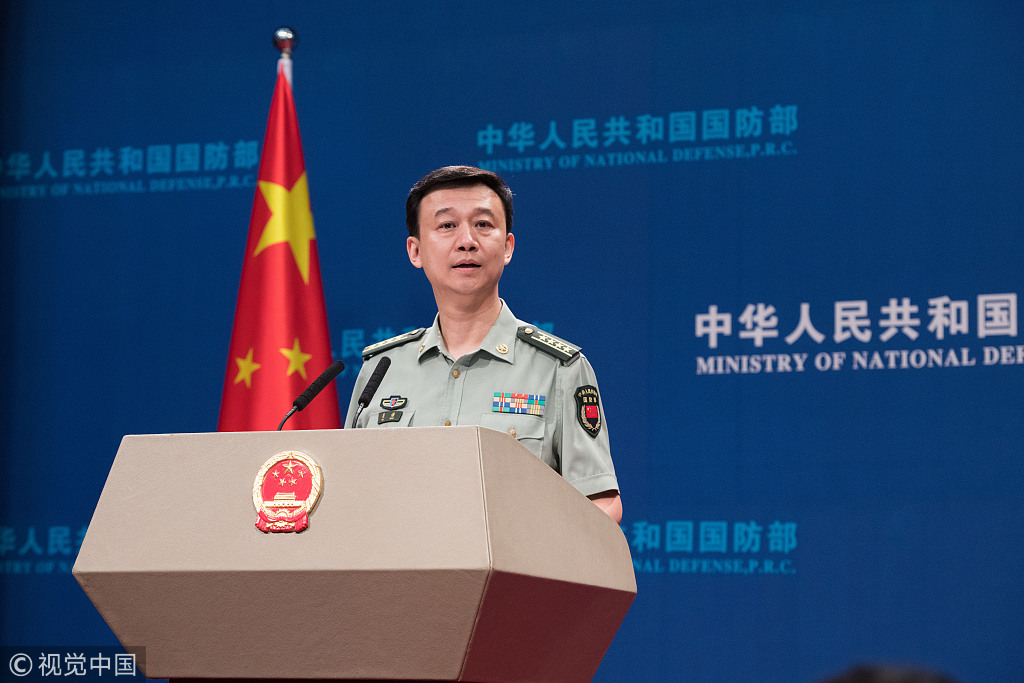 China expressed strong indignation and firm opposition to the US decision to impose sanctions on Chinese military, a Ministry of National Defense spokesperson said Saturday.

"We strongly urge the US side to immediately correct its mistake and withdraw the so-called sanctions. Otherwise, the US side must bear the consequences caused thereafter,” Wu Qian, spokesperson of the Ministry of National Defense, said.

The US State Department announced Thursday that it would impose sanctions on the Equipment Development Department of the Central Military Commission of China and the department's director, alleging that China had violated the "Countering America's Adversaries Through Sanctions Act."

“China-Russia military cooperation is normal cooperation between sovereign states in accordance with international law. US has no right to intervene,” Wu said. “US actions violated the basic principles of international relations and showed hegemonism. It will seriously damage the relationship between the two countries and the two militaries.”