China firmly opposes to US arms sales to Taiwan: Official

"China firmly opposes any form of official exchanges and military ties between Taiwan and the US, and resolutely opposes the US selling weapons to Taiwan under any circumstances," said An Fengshan, spokesperson for the Taiwan Affairs Office of the State Council, in response to media inquiries. 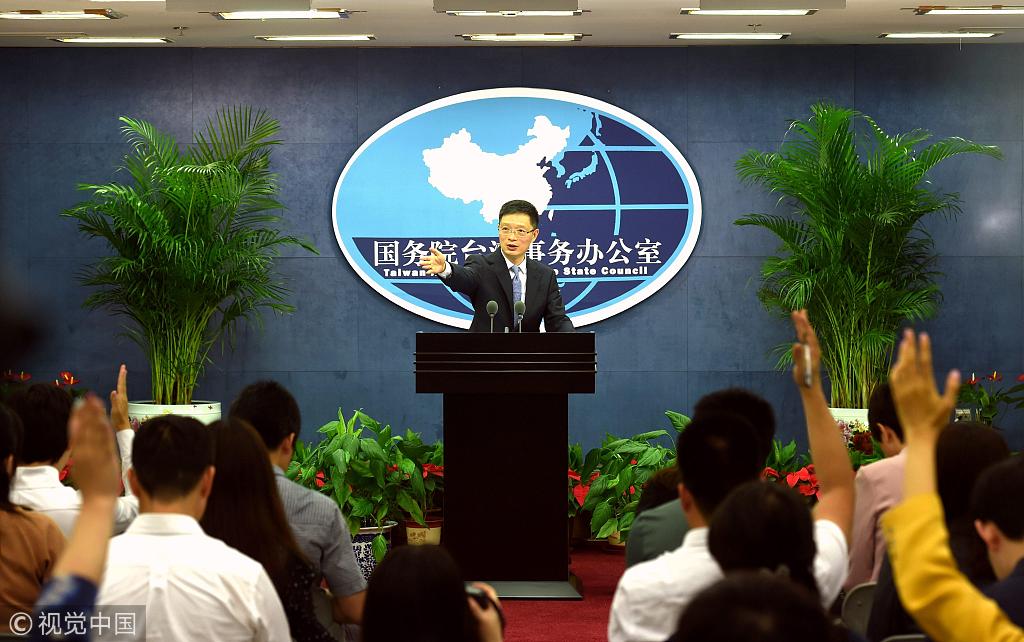 Spokesperson for the Taiwan Affairs Office of the State Council An Fengshan at the regular press conference (File Photo: VCG)

"The Ministry of Foreign Affairs and the Ministry of National Defense has already stated our solemn position on this matter. What I want to emphasize again is that anyone who tries to rely on foreigners to build themselves up and undermine peace and stability across the Taiwan Straits will pay for what they have done,” said An at the regular press conference of the Taiwan Affairs Office of the State Council on Wednesday.

Media reported that on September 25, the US government informed the US Congress that it would sell weapons and equipment worth about $330 million to Taiwan.