Spokesman Wang Wenbin made the remarks at a press briefing while commenting on U.S. announcement that TikTok, a Chinese video-sharing app, will be out of business in the United States if it is not sold to a U.S. company before Sept. 15.

"For a while, without providing any evidence, the United States has stretched the concept of national security and abused its state power to bring down certain non-U.S. enterprises. Such practice goes against market economy rules and the WTO principles of openness, transparency and non-discrimination," Wang said.

"It is a blatant act of bullying, to which China firmly opposes. We have noticed that it has also drawn a flurry of criticisms and doubts in the United States and from the international community," he added.

Relevant companies do business in the United States in accordance with market principles and international rules, and abide by U.S. laws and regulations, according to Wang.

However, the U.S. side imposes restrictions and oppresses them on the pretext of trumped-up charges, which is nothing but political manipulation, he said. "The hypocrisy of the so-called fair competition touted by the United States has been laid bare, seriously damaging its national credibility and image." 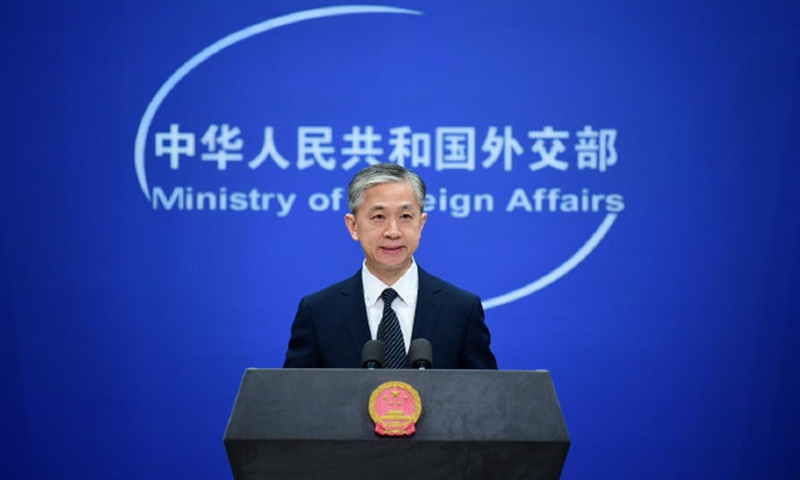 "If the United States goes like this way, then any country can take similar measures against any U.S. company on the grounds of national security. The United States must not open Pandora's box, or it will suffer the consequences," Wang said.

"We call on the U.S. side to heed the rational voice from home and the international community, refrain from politicizing economic issues, provide an open, fair, just and non-discriminatory business environment for market players from other countries investing and operating in the United States, and do more that is conducive to global economic development," he said.