China firmly opposes the U.S. government's move to restrict Chinese students from studying abroad, and resolutely rejects the politicization and stigmatization of normal exchanges and studying, said the Ministry of Education spokesman Friday.

"We will continue to support exchanges between Chinese and American students, and welcome students from all countries, including the United States, to study in China," said the ministry in a statement.

U.S. leaders have stated openly on many occasions that they welcome Chinese students to study in their country, and the government's relevant measures are self-contradictory and going back on their word, according to the statement.

"China urges the U.S. to return to reason and respect the will of people, and to do more things to enhance mutual exchanges and understanding between the Chinese and American people," it said. 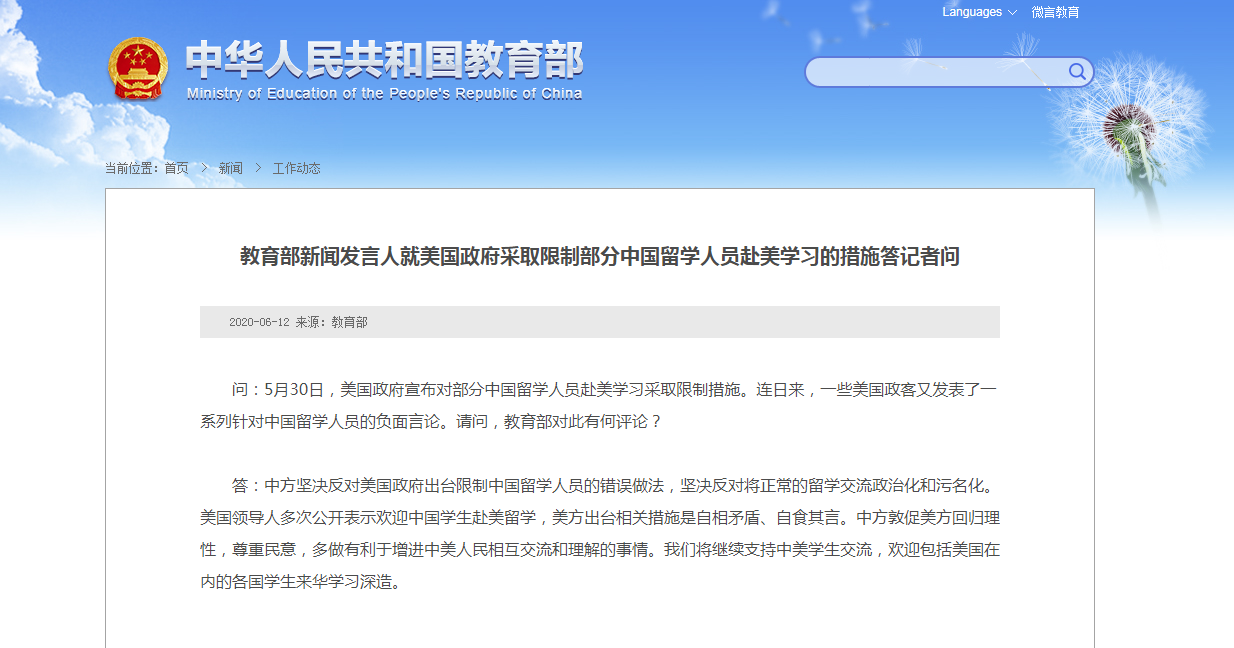 On May 29, U.S. President Donald Trump signed a presidential proclamation that suspends the entry of graduate students and researchers from China.

The move, first reported by The New York Times ahead of Trump's announcement, is estimated to influence 3,000-5,000 Chinese students.

The entry bans, which went into effect on June 1, have come under criticism in both China and U.S., especially in academia as many reckon that they would hurt U.S. universities economically and fuel anti-Asian sentiment.