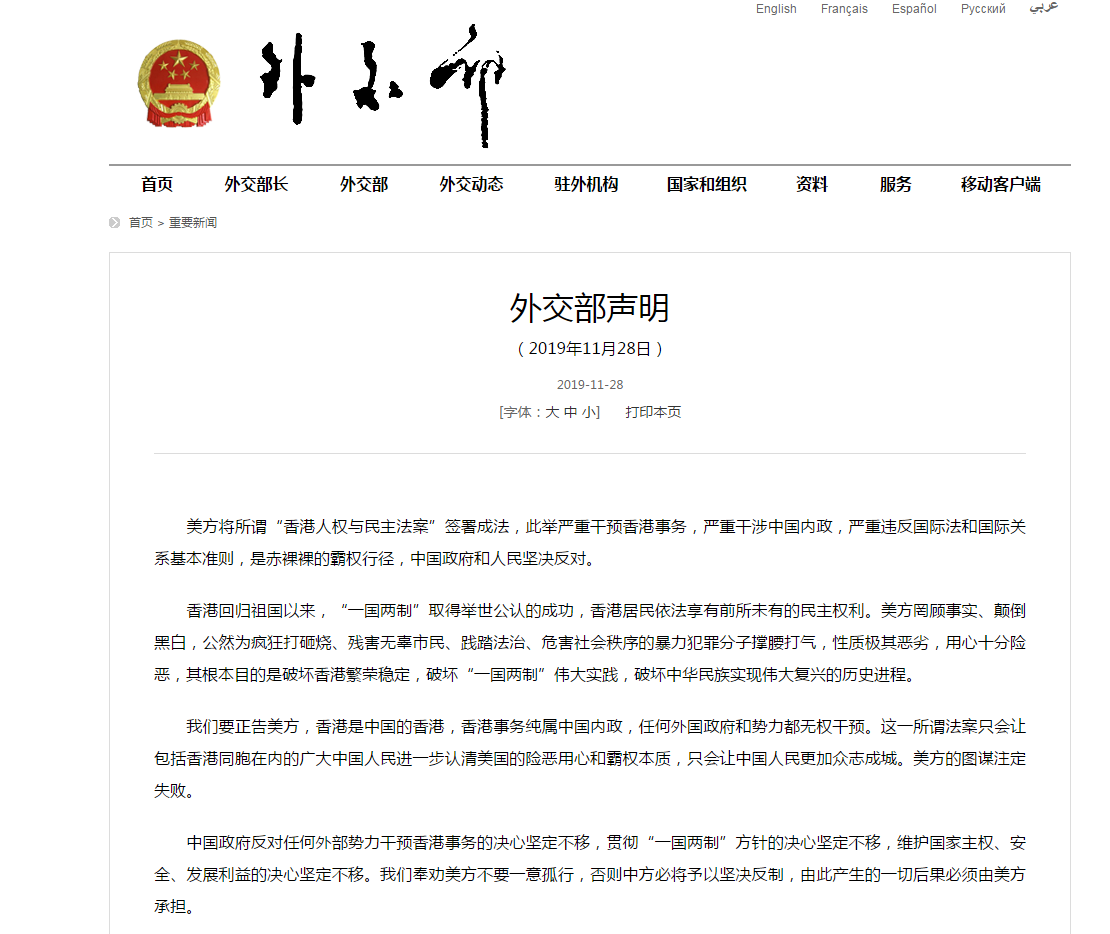 A screenshot of the statement.

US approval of the Hong Kong-related legislation grossly interferes in China's domestic affairs, seriously violates international law and the norms of international relations, which is a naked act of hegemony and firmly opposed by the Chinese government and people, China's foreign ministry said in a statement Thursday.

"This so-called legislation will only enable the Chinese people, including our Hong Kong compatriots, to further understand the sinister intentions and hegemonic nature of the United States, and only make the Chinese people more united," said the statement, adding China will resolutely oppose it, and all the consequences arising therefrom must be borne by the US.

The statement pointed out that since Hong Kong's return to the motherland, the "One Country, Two Systems" principle has been recognized as a worldwide success, and Hong Kong residents enjoy unprecedented democratic rights in accordance with the law. Regardless of the facts, the US side overtly supports violent criminals who are beating, smashing, burning and maiming innocent citizens, while trampling on the rule of law and endangering social order.

The intention of the US is very dangerous. Its fundamental purpose is to destroy the prosperity and stability of Hong Kong, the great practice of the "One Country, Two Systems" and the historical process of the great rejuvenation of the Chinese nation, said the statement.