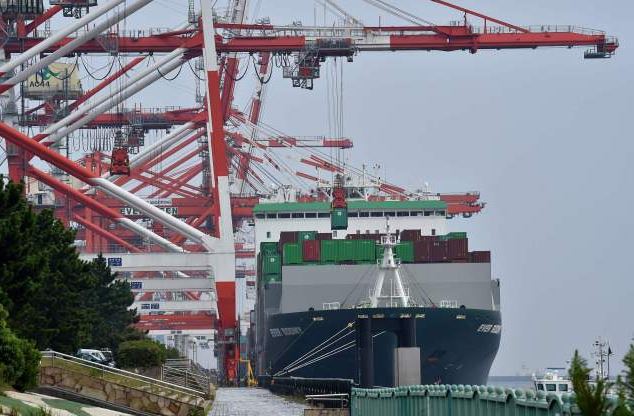 A crane unloads a container from a cargo ship at the international cargo terminal at the port in Tokyo on August 19, 2019. (File photo: VCG)

China is firmly opposed to the US announcement that it will further raise the tariffs on about $550 billion of Chinese imports, said a spokesperson of the Ministry of Commerce (MOC) Saturday.

"Such unilateral and bullying acts of trade protectionism and extreme pressure run counter to the consensus of the heads of state of China and the United States, and run counter to the principles of mutual respect, equality and mutual benefit," the spokesperson said.

The US announcement Saturday will seriously damage the multilateral trading system and the normal order of international trade, the spokesperson said, warning the US side is bound to bear the consequences of its own actions.

"China strongly urges the United States not to misjudge the situation, or underestimate the determination of the Chinese people. It must immediately stop its erroneous practices, or bear all the consequences," the spokesperson said.