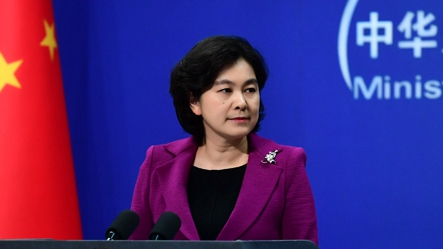 Foreign Ministry spokeswoman Hua Chunying said at a press briefing that Pence's speech made Thursday revealed his "sheer arrogance and hypocrisy" and was full of political bias and lies.

"We advise some U.S. people to take a good look at themselves in the mirror, recognize their own problems, manage their own affairs, stop talking nonsense around the world, and put away their tricks that benefit nobody as soon as possible," Hua said.