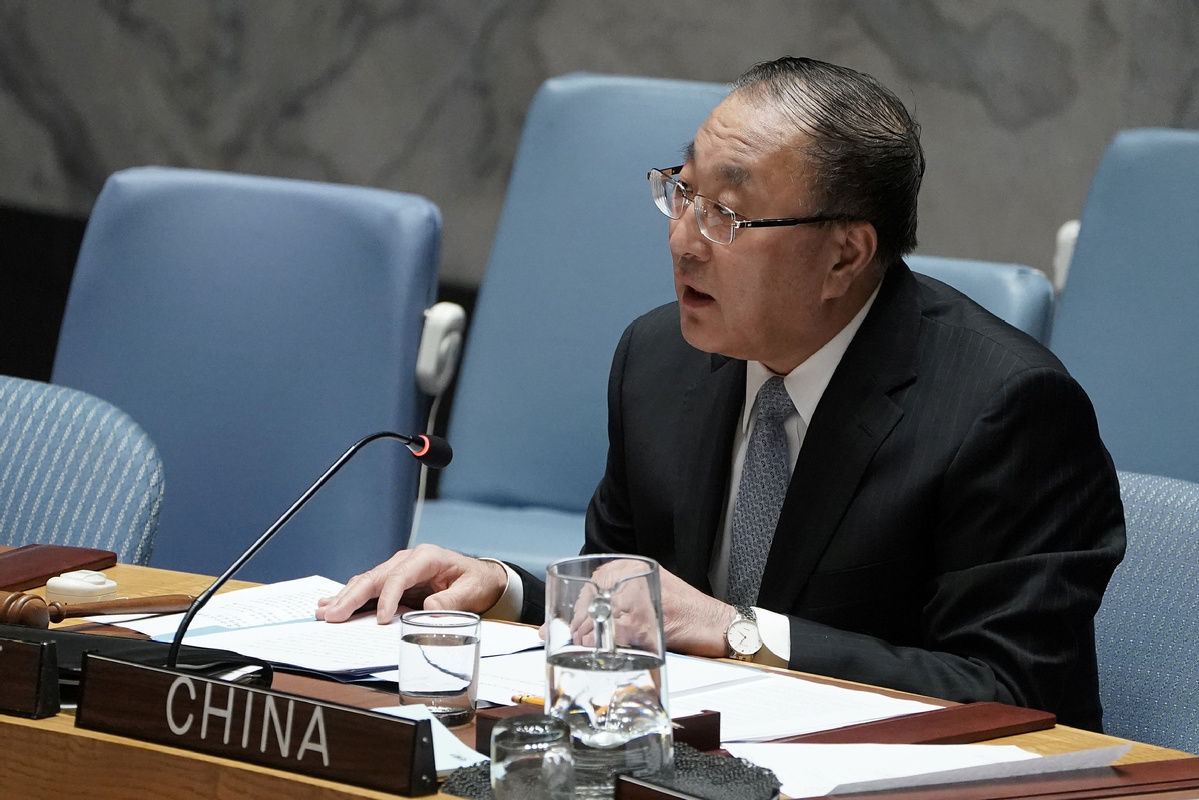 UNITED NATIONS -- A Chinese envoy on Thursday reaffirmed China's support for the United Nations and the World Health Organization (WHO) in playing a leading role in coordinating international cooperation against COVID-19.

Zhang said that Chinese President Xi Jinping had intensive telephone conversations recently with Guterres and leaders of other countries. They exchanged views and reached an important consensus on strengthening international cooperation in combating the pandemic.

"President Xi emphasized that the world is a community with a shared future. In fighting a disease that threatens the people of all countries, solidarity and cooperation is the most powerful weapon. It is imperative for the international community to strengthen confidence, act with unity, and work collectively to win this battle against a highly dangerous virus," said the ambassador.

Zhang said as a UN specialized agency responsible for public health matters, the WHO "plays a crucial role" in responding to the epidemic.

"Under the leadership of Director-General Tedros Adhanom Ghebreyesus, the WHO upholds a science-based, objective and unbiased stance and provides active guidance and assistance to countries around the world, making important contributions to international cooperation against epidemics," he said.

"China enjoys close communication and cooperation with the WHO, and updates the WHO in an open, transparent and responsible manner. After the outbreak of COVID-19, China immediately reported to the WHO, shared with it and the international community the genetic sequence and China's prevention and treatment experience without reservation," said the ambassador.

Zhang said that China donated $20 million to the WHO in support of global efforts to fight the disease. At the Extraordinary G20 Leaders' Summit on COVID-19, President Xi Jinping called for support to the WHO. A joint statement was issued by the Group of 77 and China, commending the WHO's efforts in responding to the epidemic.

"China echoed the communique adopted by the Non-Aligned Movement, which supports the WHO and Director-General Tedros in performing their duties and opposes the politicization of COVID-19. China firmly opposes any attempt to weaken the WHO, whose role is indispensable at this crucial stage," he said.

Zhang said that virus knows no border or race. No country can wall itself off from its impact. The only way to defeat the virus is to work together.

COVID-19 will not be the last emergency in an era of economic globalization, and humankind will continue to be tested by various traditional and non-traditional security challenges, noted the ambassador.

This global public health emergency has driven home the urgency of building a community with a shared future for humankind, he said, adding that "through solidarity and mutual assistance, we will prevail over this outbreak and embrace a brighter future for all."