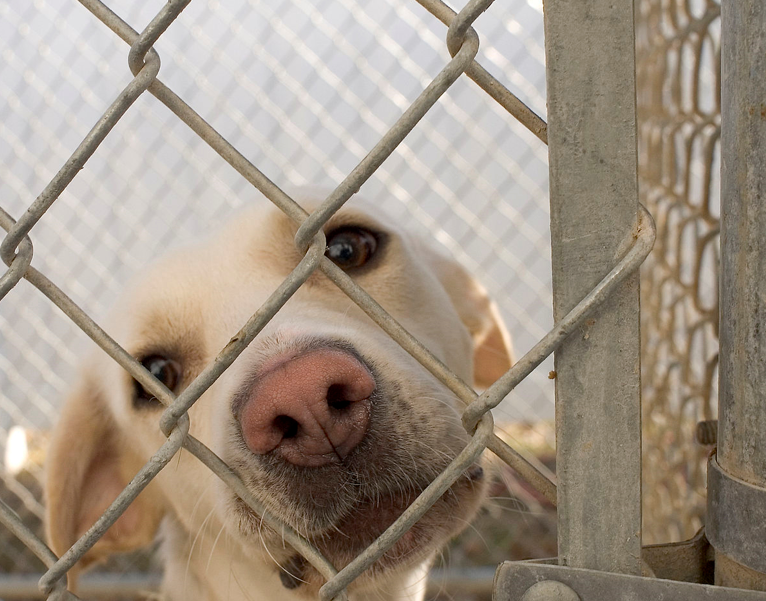 Every dog has its day, and the phrase is especially true for An'an. Once a stray wandering the streets of Nanchang, he now has a new home and a name. Nanchang, capital of east China's Jiangxi Province, launched its first official adoption service for stray dogs last week, with the aim to encourage citizens to adopt rescued strays as domestic companions. "I was attracted by the tender look of the mixed breed at first sight," said Yuan Xijun, 26, who adopted seven-month-old An'an. Yuan already has a poodle at home, and she intended to purchase another pet. She changed her mind from "buying" to "adopting" after she visited the clinic which helps the local government manage the service. More than 40 stray dogs have been adopted by Nanchang residents since the service was launched over a week ago. Owning pets is a growing trend in China. The pet dog population has reached 27.4 million, ranking third in the world after the United States and Brazil, according to official statistics. However, along with this trend comes an increasing number of stray dogs, which have been abandoned, stolen or born feral. Previously, the responsibility to rehome them fell primarily on animal welfare organizations and volunteers. As the stray dog population grows, so do the problems associated with it -- dog bites, rabies, noise pollution, and overcrowded dog shelters. There is an urgent need for local governments to do more work, and Nanchang is attempting to do that. "If An'an had not been adopted, he might have been huddled up in a corner cage at a shelter or braving the cold while searching for food in a trash bin," said Zhang Hongwei, who is in charge of the adoption service. The dogs available for adoption come from both government and private shelters. They must be "healthy and friendly," be vaccinated and have locator microchips implanted, according to Zhang. "I rescue strays because I don't want them to be cruelly killed or traded by dog traffickers on the black market. We need responsible families to look after them," said Li Lan, owner of a private shelter in Nanchang. An'an came from the city government animal shelter, which was set up in April 2017 and is home to more than 200 stray dogs. "When we saw him, he closed his eyes and didn't move. He had stomach issues," said Zhang. Potential owners need to pay 300 yuan (47 US dollars) which covers the cost of animal registration, microchip implant and vaccinations. Staff from the adoption service visit to check up on the adopted dogs on a regular basis. With increased public awareness of animal welfare, more Chinese government departments and non-governmental organizations have focused on stray animals. A volunteer team from Chengdu opened a website, which allows the public to donate money for the food, medical care and vaccination of stray animals. This week, 38 Chinese cities, including Beijing, Nanjing, Shanghai, and Xi'an, hosted a simultaneous "Adoption Day" to encourage people to adopt strays as pets. "I strongly support adopting animals instead of purchasing," said Chen Minjie, manager of the cat and dog welfare program at Animals Asia Foundation. Pet adoption is very common in foreign countries. According to Chen, 35 percent of pet dogs in the United States were adopted in 2014. But the most effective way to solve the problem of stray animals, as Chen puts it, lies in controlling the source -- irresponsible or careless owners who abandon or lose their pets. Chen's view is echoed by Zhang: "You should think twice before you decide to adopt. It requires responsibility and trust. Don't hurt the animal a second time."