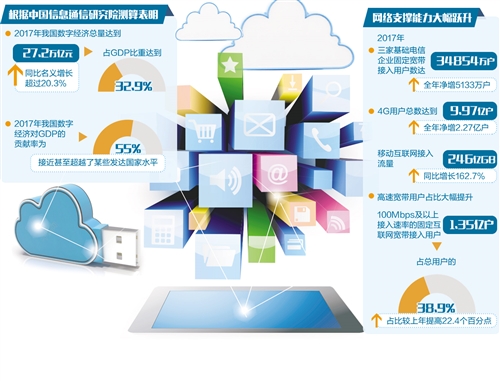 CHONGQING, Dec. 23 (Xinhua) -- Some robots grab auto parts and install them precisely on the car body, while others hold up welding guns and perform the welding operations in showers of sparks.

"Most of the part installing and welding work in the car assembly line is done by robots," said Liang Fenghua of the intelligent vehicle division of Chongqing Changan Automobile Co. Ltd.

Like Changan, many manufacturers in Chongqing are using robots to replace labor. More than 300 companies have thus improved work efficiency by over 30 percent.

The automaker in southwest China is also one of the country's first companies to invest in intelligent driving.

"We have mass produced cars with intelligent driving functions like automatic parking and cruise," Liang said.

China launched the reform and opening-up in 1978. Previously, its western regions had been relatively less developed with extensive economic growth and traditional industries relying heavily on labor and resources.

But now the digital economy is spreading from the booming east to help move the value chain up in the west, at a time when China's economy faces the tough task of improving quality.

"The west, where factors of production have obvious comparative advantage, has the largest growth potential in China," said Yi Xiaoguang, president of the Chongqing Institute of Comprehensive Economic Research.

In Chongqing, the two pillar industries of autos and electronics have been contributing less and less to the local economy due to a variety of factors, including fierce competition and constraints in market size.

Chongqing has pledged to support the development of 12 high-tech industries, including big data, AI, intelligent robot and connected cars, aiming to achieve a combined output value of 750 billion yuan (108.8 billion U.S. dollars) in 2020, and 1 trillion yuan in 2022.

Some of the high-tech solutions have helped improve efficiency. A facial recognition system has been deployed at a Chongqing airport to help quicken security checks.

Passengers go to security channels where cameras can capture their facial images and scan their ID cards to verify their identities in seconds, thus avoiding long queues at airport security checkpoints.

"The facial recognition system can spare us the trouble of waiting too long for check-in formalities," said Zhang Minmin, who recently experienced the fast service at the airport.

Cloudwalk, developer of the intelligent security check system in Chongqing, has deployed the system at more than 60 airports nationwide.

Other parts of western China, including Sichuan, Guizhou and Shaanxi, are also embracing the digital economy.

Authorities in Sichuan plan to make major progress in the development of the AI industry, with its annual industrial output estimated to exceed 50 billion yuan in 2020, and to promote AI technology to better integrate with the real economy.

Guizhou, one of the least developed regions in China, has become a leading hub for the big data industry. As China's first big data pilot zone, the mountainous province has attracted heavyweight players, including Apple, Qualcomm, Huawei, Tencent, Alibaba and Foxconn, to establish cloud computing and big data centers.

Authorities in Shaanxi are nurturing a complete big-data eco-system, including an exchange, industrial base, industrial fund and industrial alliance.

"The digital wave will provide new impetus to economic growth in western China and make it a pillar of China's quality growth in the future," said Xu Xiaolan, vice president of the Chinese Institute of Electronics.