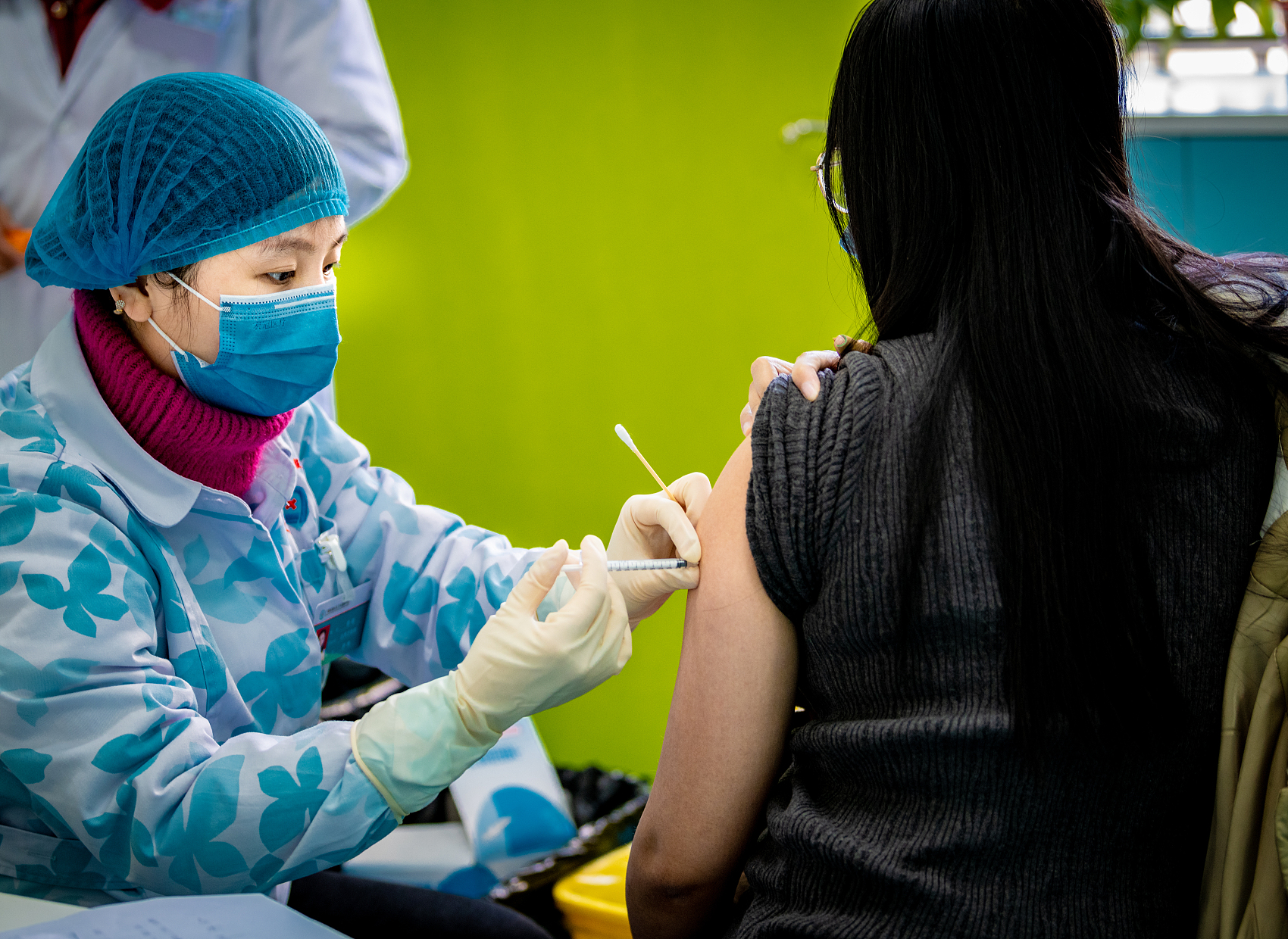 The two vaccines currently in use in China, the China National Biotec Group (CNBG) COVID-19 vaccine and the CoronaVac vaccine developed by China's Sinovac Biotech Ltd., are both inactivated vaccines that are relatively safe, Zhong said at the launch ceremony of an event held in south China's Guangdong Province to promote the use of technology in COVID-19 prevention and control.

According to the Chinese Center for Disease Control and Prevention (China CDC), more than 24 million doses of COVID-19 vaccines had been administered in China by Sunday.

"The rate of the vaccines' mild adverse reactions, which include fever, sore arms and other symptoms, is six per 100,000 people," Zhong said.

The rate of severe adverse vaccine reactions is one in a million, only one third of that of flu vaccines, he said.

On the same day, Xu Wenbo, head of the National Institute for Viral Disease Control and Prevention under the China CDC, also said the incidence of severe abnormal reactions caused by the COVID-19 vaccines currently used in China is no higher than that of the influenza vaccines.

In terms of the Chinese vaccines' efficacy, Zhong said the vaccines can protect people against COVID-19 for at least six months.

"We found that antibody levels in the first batch of inoculated people in China remained at 90 percent of their original levels after nearly eight months," he said, adding that the Chinese vaccines' effective period has yet to be confirmed with precision.

The difference in the vaccines' efficacy rates shown by clinical trials in various countries is due to varying standards used in those countries, he said.

"The phase-1 and phase-2 clinical trials of the two Chinese vaccines were conducted domestically, while the phase-3 trials were carried out in various countries because there were too few COVID-19 cases in China then," he said. "The countries apply different standards. In some countries, most of the vaccinated people are medical workers who have very high exposure risks."

Zhong said more and more people around the world are inoculated with COVID-19 vaccines, and it takes at least two to three weeks for the vaccines to produce antibodies before there is a significant protective effect.

Zhong said that the development trend of the global COVID-19 pandemic will not become clear until about March.

Zhong also noted that rural areas should be the focus of domestic epidemic prevention and control at this stage, with some infections spreading there recently.

"Different from SARS, the COVID-19 infections are sometimes asymptomatic but clearly contagious," he said. "So, during the upcoming Spring Festival holiday, I suggest people in rural areas reduce mass gatherings and see a doctor whenever you don't feel well. Don't wait until you get seriously ill."