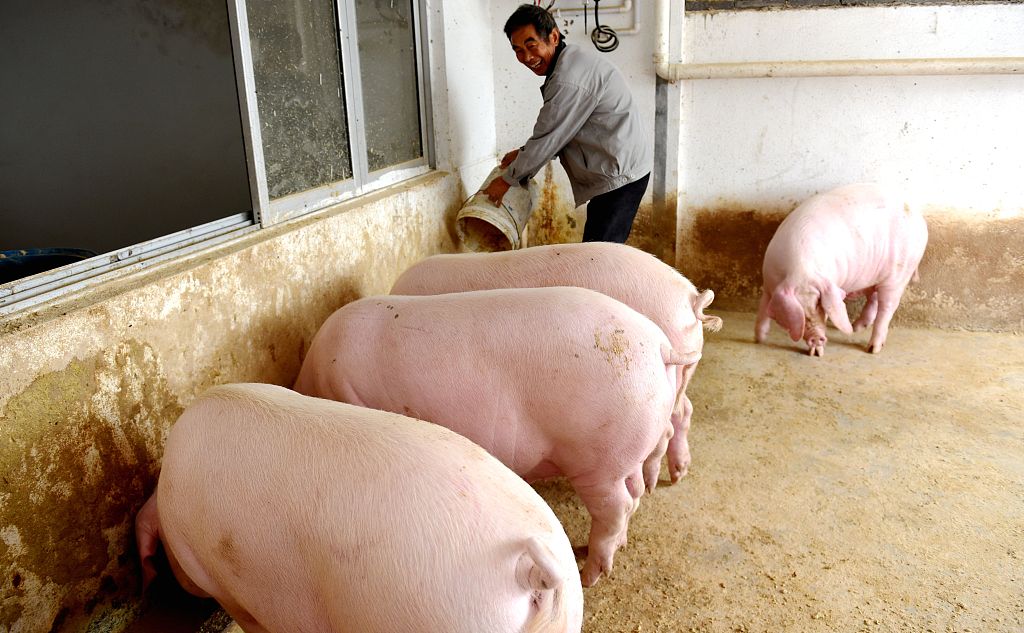 JINAN, Nov. 23 (Xinhua) -- As authorities of east China's Shandong Province lift the upper limit of land use for a pig farm from 1 hectare, Liang Xiaoliang, a pig farmer in the province has just obtained an approval to enlarge his pigsty.

"As soon as I heard that the policy was in place, I approached the animal husbandry department to apply to add four hectares of pigsty," said the chairman of the Baokangbao Ecological Livestock and Poultry Raising Cooperative in Pingyuan County, Dezhou City of Shandong.

The scale of raising pigs in China's rural areas is controlled as pigsties are not considered environmentally friendly.

However, as the price of pork, a staple meat in China, has been soaring in recent months, mainly affected by the epidemic of African swine fever and cyclical factors, the Chinese authorities have taken a string of policy and financial measures to encourage production and stabilize pork prices.

Liang has been engaged in running the cooperative since 2017 with a stock of about 5,000 pigs. He regards this year's pork price inflation as an opportunity for the business.

Sun Tao, an official of the Shandong Provincial Bureau of Animal Husbandry and Veterinary Medicine said the provincial government has allocated more than 65 million yuan (9.2 million U.S. dollars) in temporary production subsidies so far this year to support 45 first-class pig farms in the province, and approved subsidized loans to help pig farms get back on their feet.

By the end of October, Shandong had 17.56 million pork pigs and 835,000 breeding sows in stock insured so that farmers would be worry-free and could further boost production.

Li Liuhang, an official with the provincial animal husbandry department, said the province's pig stock had been slowly increasing for three consecutive months by the end of October, which has contributed to stabilizing pork prices.

Since the beginning of November, the overall pork price index in 16 provincial-level regions tracked by the Ministry of Agriculture and Rural Affairs had retreated for two consecutive weeks.

In multi-pronged measures to ensure the sustainable development of the pig industry, China will select 100 counties each with a breeding stock of more than 100,000 pigs to push waste utilization in 2020, with subsidies of no more than 30 million yuan.