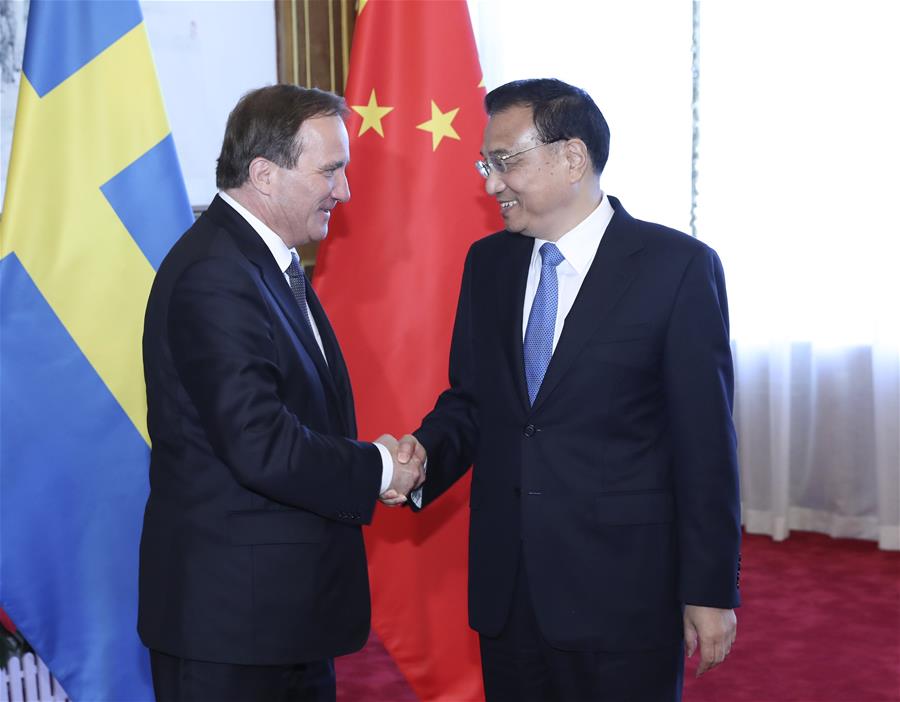 Chinese Premier Li Keqiang's upcoming visits to Bulgaria and Germany will boost the comprehensive development of China-Europe relations, according to experts with leading think tanks.

Li will pay official visits to Bulgaria and Germany and attend the seventh leaders' meeting of China and Central and Eastern European (CEE) countries in Sofia, and hold the fifth round of intergovernmental consultations between China and Germany from July 5 to 10.

The 16+1 cooperation, a voluntary cross-regional cooperation framework between China and 16 CEE countries, was established in 2012 and has led to fast development in trade and investment.

The trade volume between China and the 16 CEE countries reached 68 billion U.S. dollars last year, up 15.9 percent year on year, according to the Ministry of Commerce.

Cui Hongjian, head of the Department for European Studies at the China Institute of International Studies, said the 16+1 cooperation at local levels has great potential to be discovered during Li's visit.

Liu Zuokui, director of the Department of Central and Eastern European Studies under the Institute of European Studies at the Chinese Academy of Social Sciences, also agreed that the 16+1 cooperation mechanism would contribute to the development of the China-Europe partnership.

Cui also noted the rising positive attitude towards the Belt and Road construction among European countries and said Li's visits would further promote that trend and cooperation in other fields.

In addition, they shared high expectations of Li's official visits to Bulgaria and Germany and the positive influence they would have on China-Europe relations.

Liu said Bulgaria is currently improving its infrastructure, an area in which China has a lot of experience, resulting in huge potential for cooperation.

The common interests of China and Germany have ensured a solid foundation and bright future for bilateral cooperation, said Cui, adding that more efforts are needed in stepping up cooperation in artificial intelligence and autonomous driving.

Since the establishment of the all-dimensional strategic partnership in 2014, China-Germany relations have maintained the momentum of high-level development, with frequent high-level visits and fruitful results in economy and trade, investment, technology, innovation, and people-to-people exchanges, said Vice Foreign Minister Wang Chao at a press conference last Friday.

Wang also compared the intergovernmental consultations between China and Germany to a "super engine" in promoting practical bilateral cooperation in various fields.

As beneficiaries of globalization and the multilateral mechanism, China and Europe should be more firmly united in belief, principle, policy and action, to consolidate the free trade system and multilateralism mechanism against challenges such as unilateralism and protectionism, said Cui.

Liu also said that Li's visit will enhance the mutual trust between China and European countries, and bring out more practical actions in promoting multilayered and wide-ranging China-Europe cooperation, and safeguarding globalization.

At its 19th national congress last October, the Communist Party of China stressed that China will continue its efforts to safeguard world peace, contribute to global development, and uphold international order.

"China and Europe face the same challenges and share the common interests, the visit will help the two sides grasp the opportunities to turn their initiatives and visions of cooperation into reality," said Cui.