CHANGSHA, Nov. 2 (Xinhua) -- The third-generation hybrid rice developed by Yuan Longping, the "father of hybrid rice," and his team achieved a yield of 911.7 kg per mu (about 667 square meters) in an experiment in central China's Hunan Province.

"I would be very happy if it exceeds 880 kg. Now it exceeded 900 kg, I am extremely happy," Yuan said after the yield was announced Monday. 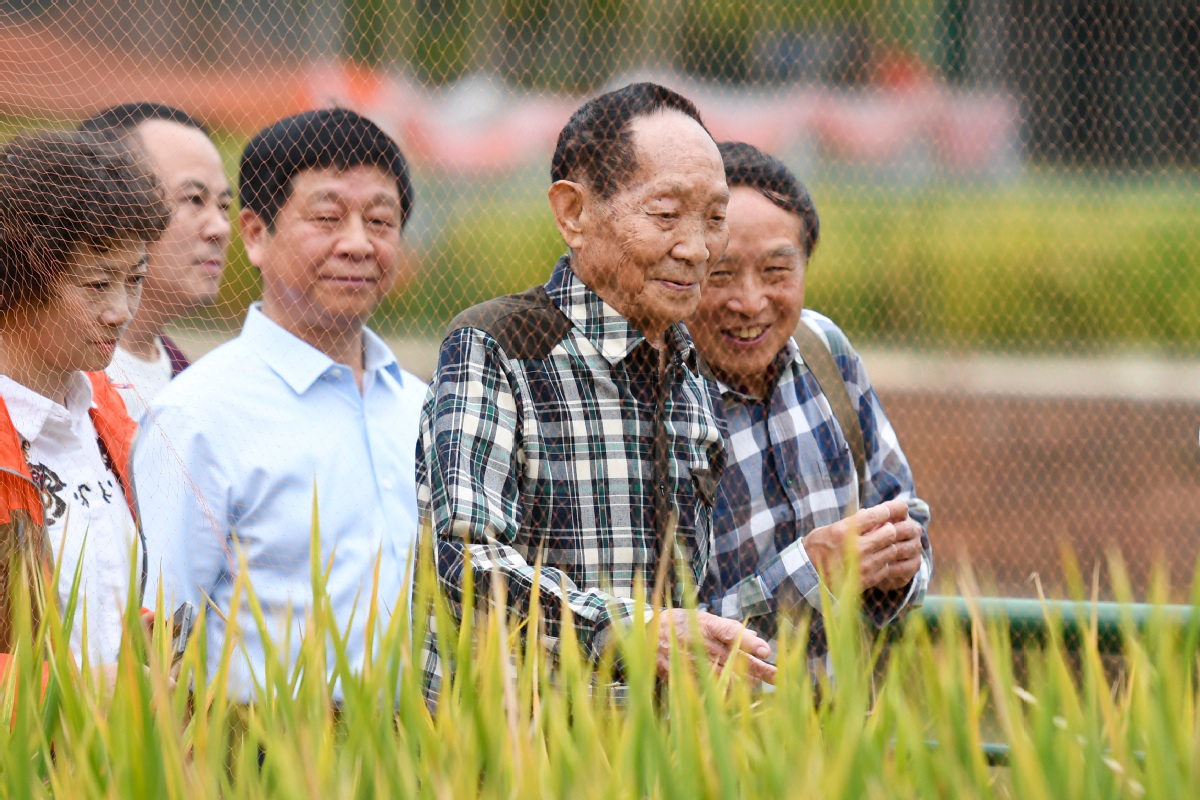 Last year, the same late hybrid rice variety, "sanyou No.1", made a single-cropping yield of 1,046.3 kg per mu on the same plot.

Hunan is a major rice producer in China, where farmers plant double-cropping rice.

This year's high yield of the double-cropping rice has been made under unfavorable conditions of low temperature and shorter durations of sunlight, Li said.

Li Qiusheng, an agronomist with the agriculture and rural affairs bureau in Hengnan County, said that according to meteorological data during the critical period of rice growth, 43.85 effective sunshine hours were recorded this year, compared to 187.8 last year.

"The village was not particularly chosen for the test of the new generation hybrid rice. Besides, the rice did not receive any special care, which is not much different from normal farming by ordinary farmers," Li said.

Under similar conditions, yields of local double-cropping rice averaged between 700 kg and 800 kg per mu, while the new hybrid rice exceeded 1,500 kg per mu.

Li Jianwu, an expert with the Hunan Hybrid Rice Research Center, said the expert team had visited the experimental fields only twice from sowing to harvesting, in contrast to the long-term guidance rendered to rice farmers in the past.

"The most prominent feature of the third-generation hybrid rice is that it gives a full play to the advantages of hybridization. Its own vitality can help save farmers' cost and labor," he said.

Yuan's team is still working on the third-generation hybrid rice combinations and conducting studies for the simplified cultivation of the rice, aiming at high yields with less use of fertilizers.

Yuan said he wants to ensure the third-generation hybrid rice variety boasts "the comprehensive strength to promote a greener and more sustainable development of China's rice production with higher quality and yield."