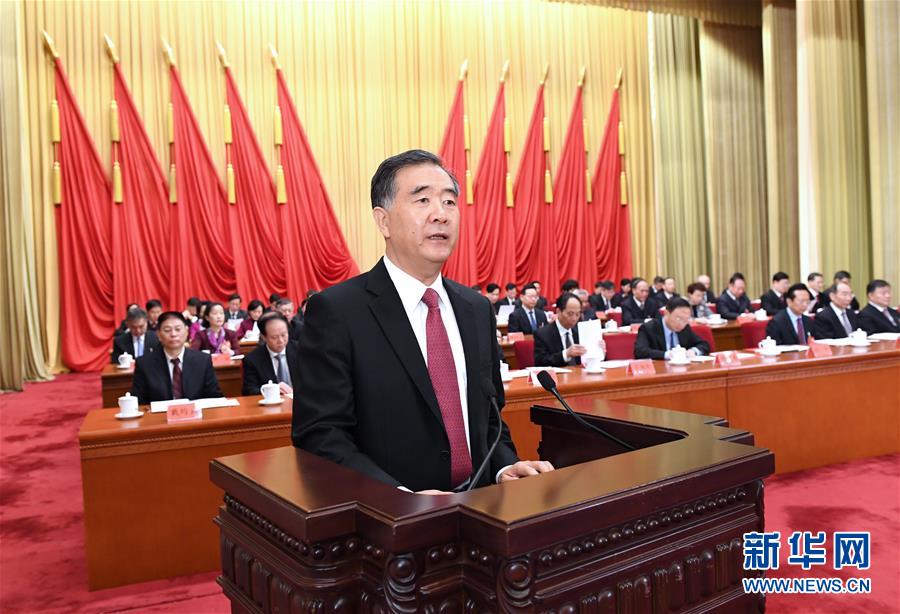 Wang was elected at the fourth plenary meeting of the first session of the 13th CPPCC National Committee by more than 2,100 political advisors.

Yu Zhengsheng, chairman of the 12th CPPCC National Committee, shook hands with Wang amid warm applause after the election result was announced.

Wang was born in March 1955 in Suzhou of east China's Anhui Province. He began his first job in June 1972 and joined the Communist Party of China (CPC) in August 1975.

He received a university education at the Central Party School, and holds a Master of Engineering degree.

He has been Vice Premier of the State Council since 2013.

Xia Baolong was elected secretary-general of the CPPCC National Committee.

The newly elected chairman and vice chairpersons are aged 64 on average.

Among the vice chairpersons, 11 are CPC members. Four are from ethnic minority groups and two are women.

The Standing Committee members are aged 59.3 on average, 65 percent of whom are not CPC members.

A total of 33 Standing Committee members are from ethnic minority groups, and 39 are women.

It was decided that all the drafts would be submitted to Thursday's closing meeting for approval.

The CPPCC is an important organ for multiparty cooperation and political consultation led by the CPC.

Its annual session this year, which opened on March 3, will conclude Thursday.