Researchers of China's Longmen Grottoes are watching closely the investigations into the Buddha head from an auction in New York, which may be from the UNESCO world heritage site, reports Henan Daily. 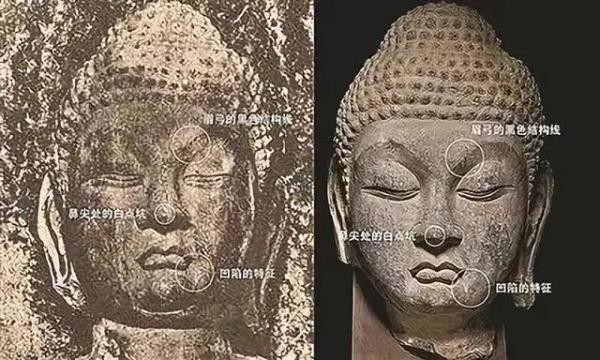 A comparison between the Buddha head shown in the photo taken by Japanese scholars at the Longmen Grottoes in 1920s and the Buddha head listed in Sotheby's catalogue shows a lot of similarities. (Photo: social media)

The Buddha head listed on Sotheby's auction on September 12 has triggered disputes recently. According to Sotheby's catalogue, the Buddha head, 70 centimeters high, is believed to date back to the Tang Dynasty (618-907AD), with an estimated price of 2 to 3 million US dollars. It was tabbed from a private collection.

However, it was later found that the item highly resembles the head of a Buddha statue at the Longmen Grottoes, as shown in a photo taken by Japanese scholars in the 1920s at the grottoes. It is estimated that the head of the Buddha statue in the photo was stolen between 1920 and 1949.

The item was then removed from Sotheby's catalogue before the auction.

According to a South China Morning Post report, Sotheby's is reviewing the case. 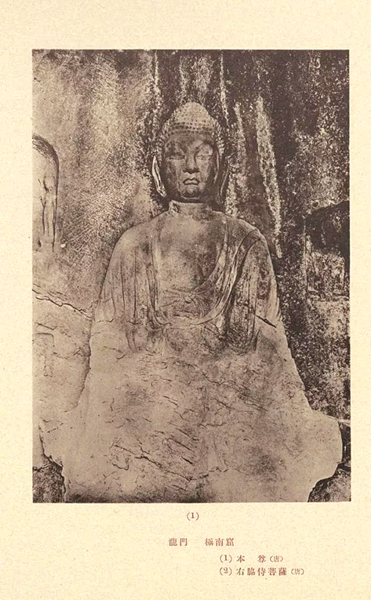 A photo taken by Japanese scholars in 1920s and published in 1941 shows a statue at the Longmen Grottoes with a head very similar to the Buddha head put up for auction by Sotheby's. (Photo: Henan Daily)

A staff member from the Longmen Grottoes Research Institute said the fracture surface, profile and style of the Buddha head put up for auction by Sotheby's, as shown in released materials, are features very similar to those of a cultural relic stolen from the grottoes. However, confirmation can only be made after checking the Buddha head itself.

Researchers have made field investigations at the grottoes and will closely follow the development of the matter and collect related information, said the staff. 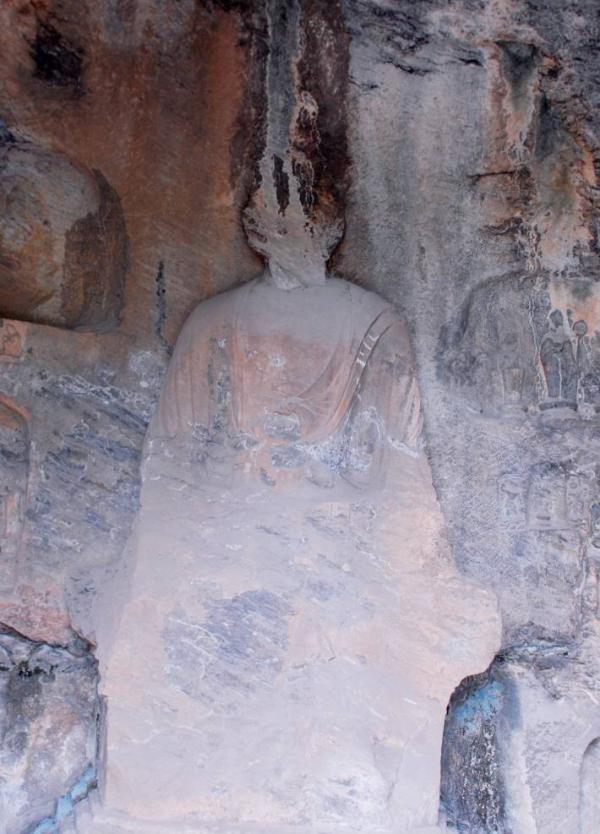 If the Buddha head is confirmed to be from the Longmen Grottoes, they will move for its repatriation to China, the staff added.

The Longmen Grottoes in central China's Henan Province was inscribed on the UNESCO World Heritage List in 2000 for tens of thousands of Buddha-related statues carved in cliffs at the site.