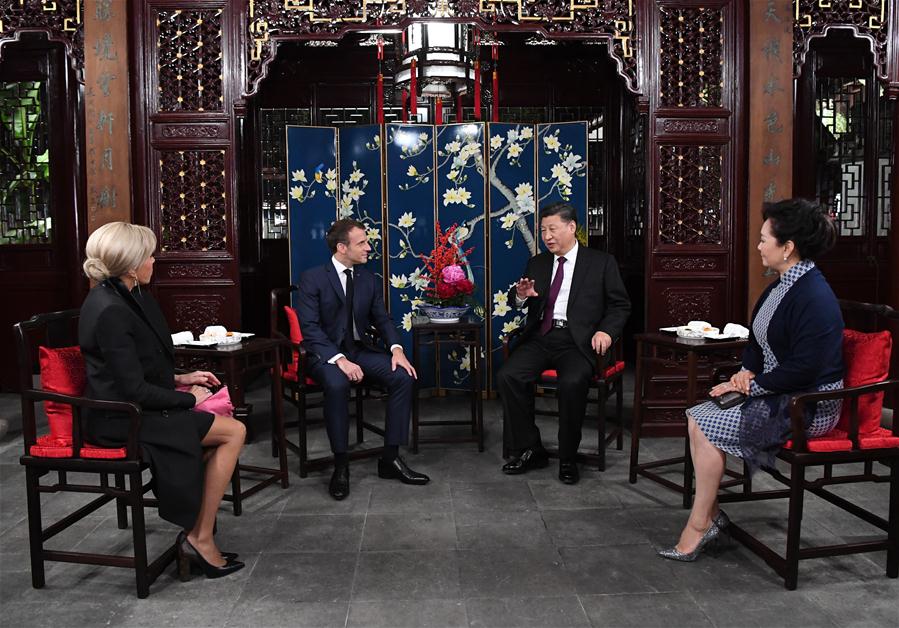 BEIJING, Nov. 6 (Xinhua) -- China and France, as two permanent members of the UN Security Council and representatives of Eastern and Western civilizations, should shoulder more responsibilities and exercise their roles as major countries, as the world is undergoing changes rarely seen in a century, Chinese President Xi Jinping said on Wednesday.

Xi made the remarks when meeting the press together with visiting French President Emmanuel Macron at the Great Hall of the People in Beijing.

The two countries should maintain their traditions of independent policies and jointly safeguard the international system with the United Nations at the core, the international order based on international law, as well as the multilateral trading regime with WTO rules as the cornerstone, Xi said.