China has not only comprehensively fulfilled its commitments to the World Trade Organization (WTO), but has also provided huge opportunities to its trade partners and made enormous global contributions, according to a white paper on China and the WTO. 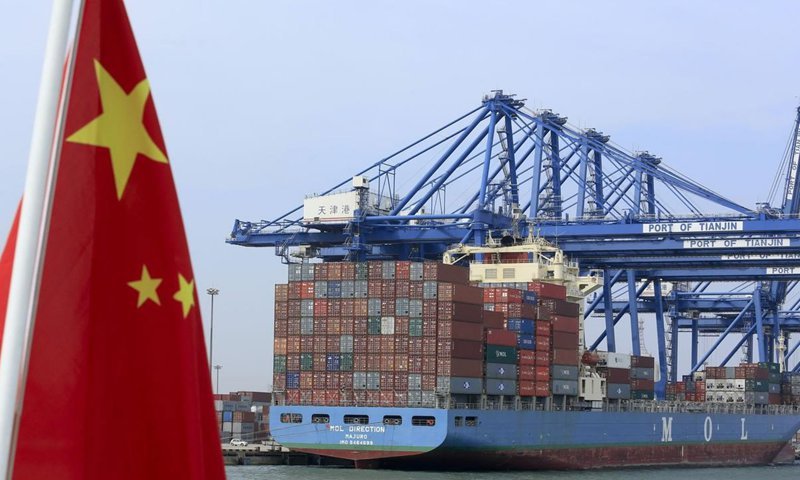 During the past 17 years, "China has honored its commitments to the WTO, substantially opened its market to the world while pushing itself to go much further to open up," Vice Minister of Commerce Wang Shouwen told a press briefing in Beijing on Thursday, during which the white paper, titled "China and the WTO" was issued.
The white paper gives a full account of China's fulfillment of its WTO commitments, explains China's principles, stances, policies, and propositions regarding the multilateral trading system, and describes China's vision and actions in advancing higher-level reform and opening-up.
It is the first such white paper issued by the Chinese government.
Experts said that honoring its WTO obligations is also China's way of showing how a global economic powerhouse has lived up to its responsibilities which a certain country that challenges WTO rules should learn from.
In terms of trade, China has fulfilled all of its tariff reduction commitments, lowering the overall tariff level from 15.3 percent in 2001 to the current 9.8 percent, Wang said.
And in 2015, China's trade-weighted average tariff was reduced to 4.4 percent, fairly close to the 2.4 percent of the US and 3 percent of the EU, according to the white paper.
The country is also taking further measures to reduce import tariffs on some medicine, automobiles, auto parts and daily consumer goods, even if the WTO does not require it to do so.
In the services trade sector, China had fulfilled its commitment to open up 100 service sub-sectors by 2007. China also further opened up 120 sub-sectors.
Wang quoted Pascal Lamy, former WTO director-general, as saying that China's fulfillment of its WTO commitments "deserves a grade of A+."
"China's opening-up door will not be closed and will open even wider," Wang continued.
Guaranteed supply
Wang also dismissed claims that China is the only country that has benefitted since joining the WTO while other countries have suffered. "The allegation is far from the truth, and China has become a major stabilizer and driving force for the global economy," he stressed.
Tu Xinquan, dean of the China Institute for WTO Studies under the University of International Business and Economics, told the Global Times on Thursday that China plays the role of the "world's factory" and "world's market" since becoming a WTO member 17 years ago.
"With its cheap production inputs, China's integration into the global production chain ensures the supply of high-quality and inexpensive goods in the world market, which in turn slows down the inflation rate in many of its trade partners," Tu explained.
The country's consumption upgrade and transition from an investment-driven to a consumption-led economy also boosts global demand in the high-tech and services sectors, Tu added.
Take China's trade with the US. In the past decade, the average growth of goods shipped from the US to China was nearly three times the growth of total US exports and nearly two times the growth of goods exported from China to the US, according to the white paper.
In 2001, sales revenue of US firms in China was at merely 36 million yuan, but this rose to $600 billion in 2016, Wang said.
Major nation commitments
In addition to contributing to the world economy, China's respect for the WTO mechanism also sets an example to the world at a time when the WTO multilateral trade system and settlement mechanism are being threatened by rising protectionism and unilateralism, said He Weiwen, senior fellow at the Center for China and Globalization.
Defying WTO rules could have a detrimental effect on the global economy, experts said.
The US unilaterally launched a Section 301 investigation and imposed punitive tariffs on China, which violates WTO rules. It also abuses a security review as an excuse to impose excessive limitations on foreign investments, Tu said.
On the contrary, "China is shouldering the responsibility of a major nation and trying to protect the system through greater inclusion," He stressed.
For example, last year China made valuable suggestions to the WTO on creating international e-commerce rules based on the country's advanced experience in the sector.
The country is also an active player in negotiations for the Information Technology Agreement, Environmental Goods Agreement and other initiatives, according to the white paper.
"Its opening-up policy means China welcomes more countries to do business with China, which is in line with the spirit of the WTO," He said.