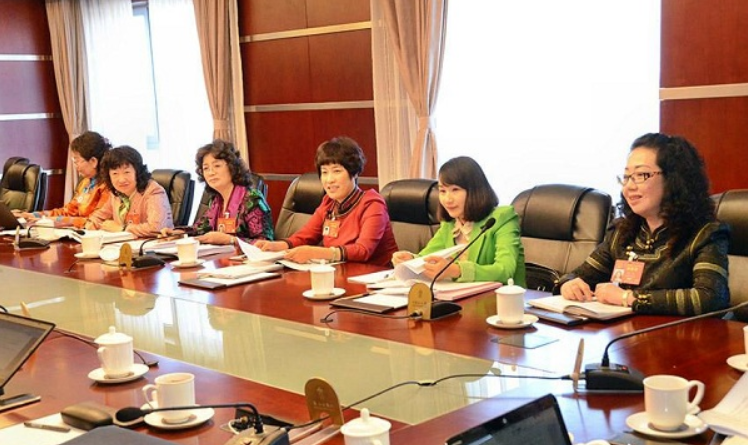 BEIJING, Oct. 29 (Xinhua) -- China has made headway in promoting gender equality, especially in terms of women's participation in national economic development, decision making and management of state and social affairs.

According to the National Bureau of Statistics, female employees in China made up 43.1 percent of the country's workforce in 2016, exceeding the 40-percent target set in the Program for the Development of Chinese Women (2011-2020).

Statistics also show that more and more women are taking part in the world of business, accounting for around one quarter of the country's entrepreneurs.

The 13th National People's Congress had the highest ever number of female deputies at 24.9 percent, with an increase of 1.5 percentage points from the previous congress.

Besides political participation, more women are getting an education. In 2016, the country had more than one million female postgraduates, exceeding the number of male postgraduates for the first time to account for 50.6 percent of the country's total.

Also, female students made up 52.5 percent of undergraduates and junior college students in 2016, totaling 14.16 million.

Meanwhile, women's health has significantly improved. The average life expectancy of women has increased to 79.43 years, and the maternal mortality rate has dropped from 30 per 100,000 in 2010 to 19.6 per 100,000 in 2017, making China one of the top 10 countries in terms of high-level women's and children's health as identified by the World Health Organization.

The 12th National Women's Congress, the top governing body of the All-China Women's Federation, will open on Oct. 30 in Beijing and conclude on Nov. 2.