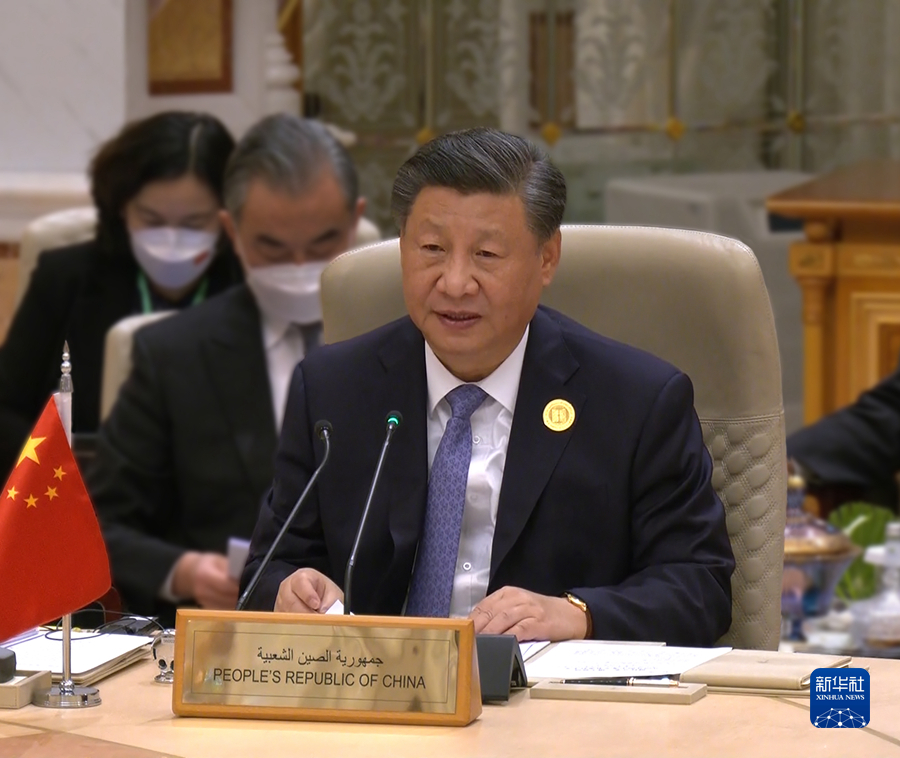 In a joint statement issued following the China-GCC summit held here, leaders of both sides stressed the importance of taking their strategic partnership into a new era in such fields as politics, economy and culture.

They called for mutual support for realizing their common interests, while GCC countries said they will support China's efforts in promoting economic development, and safeguarding national sovereignty and territorial integrity. GCC states also pledged to abide by the one-China principle.

Both sides spoke highly of Qatar's success in hosting the ongoing FIFA World Cup, and commended the positive role the games have played in promoting people-to-people, cultural as well as cross-civilization exchanges. They also condemned some vicious media attacks against Qatar.

The leaders stressed the importance of comprehensive dialogues that involve regional countries, in a bid to handle the Iran nuclear issue and destabilizing regional activities, prevent support for terrorist organizations, sectarian groups and illegal armed bodies, forestall the proliferation of ballistic missiles and drones, and ensure the safety of international waterways and oil facilities.

They stressed their support for the Presidential Leadership Council of Yemen headed by Rashad Mohammed Al-Alimi, and called on all sides in Yemen to immediately start direct negotiations under the guidance of the United Nations and continue to abide by the cease-fire agreement.

Both sides stressed that it is important to boost security and stability in Afghanistan, and urged the Afghan authorities to ensure that the Afghan territory is not used by any terrorist organization or used to export drugs.

They also stressed their support for all international efforts aimed at easing the situation and solving the Ukraine crisis politically in accordance with international law and the UN Charter, so as to protect the safety of life and property, and maintain international and regional security and stability.