BEIJING, Aug. 28 (Xinhua) -- Chinese and Greek foreign ministers on Monday signed a Memorandum of Understanding (MOU) to jointly advance the construction of the Belt and Road, a Foreign Ministry spokesperson said on Tuesday. 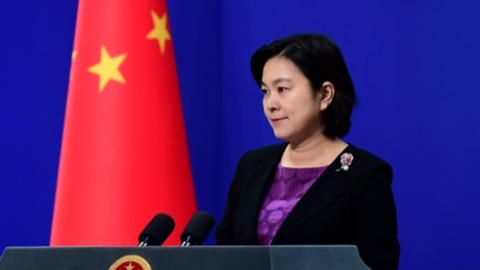 Spokesperson Hua Chunying made the remarks during a routine press release, saying that the signing of the MOU is significant to bilateral relations and Belt and Road cooperation.

"The signing is like installing a new high-powered engine for China-Greece relations, which will inject strong and long-lasting impetus into the pragmatic cooperation between the two countries," said Hua, quoting Chinese State Councilor and Foreign Minister Wang Yi.

As an important meeting point of the land Silk Road and the maritime Silk Road, Greece is China's natural partner in the construction of the Belt and Road, Hua said, adding that the Port of Piraeus is the model of China-Greece cooperation.

Against the background of rising unilateralism and protectionism, the joint construction of the Belt and Road is an important symbol of adhering to multilateralism, in addition to being a useful exploration for improving global governance and trade and investment liberalization and facilitation, Hua said.