The top leaders of both China and Greece have agreed to deepen practical cooperation, while consolidating political mutual trust.

That came as Chinese President Xi Jinping paid a state visit to the European nation, the first for a sitting Chinese president in 11 years. 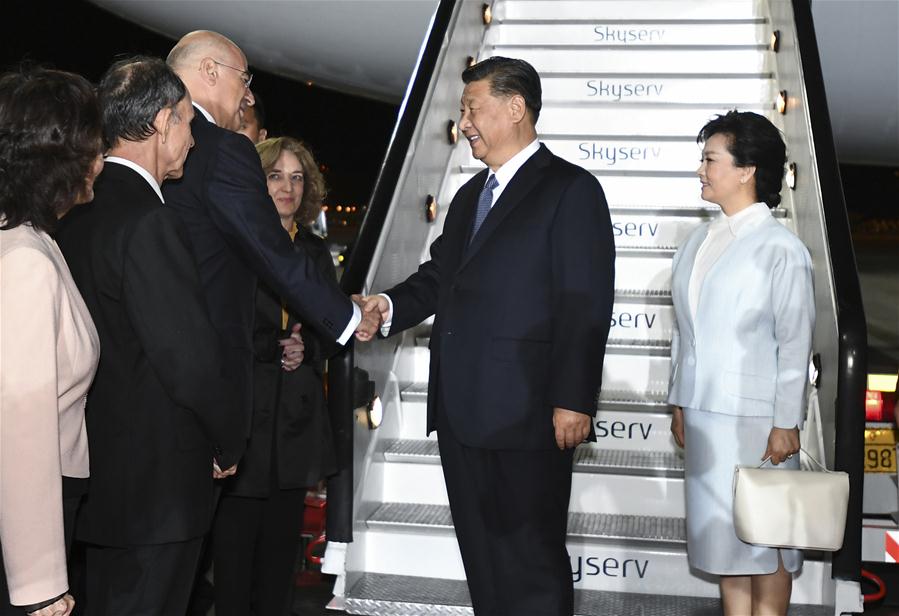 Coming from countries of ancient civilizations, both President Xi and his Greek counterpart Prokopis Pavlopoulos pledged to promote dialogues as well as people-to-people exchanges during their meeting on Monday.

Tourism serves as one of the key engines for bilateral ties. Roughly 200,000 Chinese tourists traveled to Greece in 2018. Greece is looking to double that number by the year 2020 with more changes in policies and measures for Chinese tourists.

Earlier in the day, President Xi also laid a wreath at the Tomb of the Unknown Soldier, along with Pavlopoulos and attended a welcoming ceremony held by his Greek counterpart.

Greece is the first stop in Xi's ongoing Europe and Latin America tour, which will also take him to Brazil. He will attend the 11th BRICS summit in Brasilia on November 13 and 14.