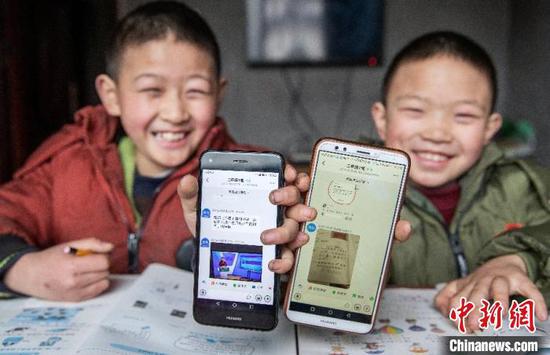 BEIJING, May 13 (Xinhua) -- A total of 175 million Chinese minors, or 93.1 percent of them, are internet users, according to the latest report on internet use among minors.

The report on Wednesday pointed out that the gap in internet use between urban and rural minors had been further bridged.

Jointly issued by the Chinese Communist Youth League Central Committee and the China Internet Network Information Center, the report was based on a survey of 34,661 students in primary, middle, high school and secondary vocational schools in 31 provinces, autonomous regions and municipalities.

The proportion of preschoolers using the internet has increased significantly, with nearly 33 percent of primary school internet users starting to use the internet before school age, the report noted.

It also showed that 65.6 percent of underage internet users self-learn internet skills, while 25.7 percent obtain such skills from school.

A unified and standard teaching system for internet literacy education has yet been formed, the report said, noting that internet operation skills, anti-addiction knowledge, awareness and capability of self-protection of minors should be enhanced.

More importance should be attached to the management of internet use by preschool children, the report suggested. It also called for a severe crackdown on illegal and criminal acts that use the internet to infringe upon the safety and rights of minors.