China's Ministry of Culture and Tourism on Monday published a list of 15 newly recognized national-level tourist and resort zones, bringing the total number of such zones in China to 45. 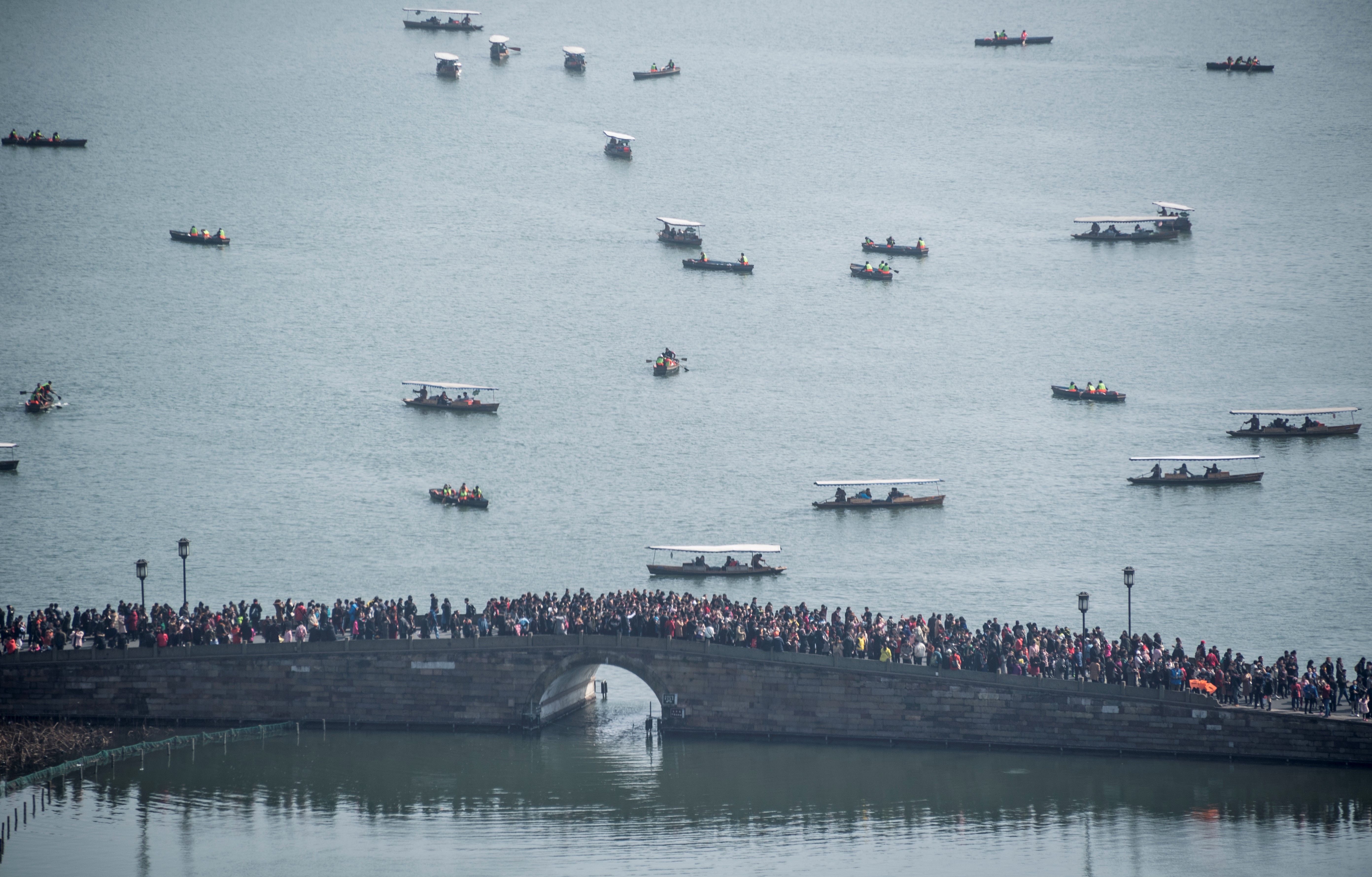 Tourists are seen as they flock over a bridge at West Lake in Hangzhou, east China's Zhejiang Province on February 17, 2018. (Photo: AFP)

According to the ministry, over the third quarter of 2020, the existing 30 national resort zones received 44.3 million tourists, marking an increase of 82.6 percent from the previous quarter. Total tourism revenue of these zones had reached 24.9 billion yuan ($3.8 billion), up by over 90 percent from the preceding period.

Also, 515 resort zones at the provincial level received 293 million visitors in the third quarter, making a total of 135.8 billion yuan in tourism revenue, the ministry said.

China selects and introduces tourist and resort zones at different levels to encourage such zones to streamline product structures, support the country's leisure tourism and advance the transformation and upgrading of relevant industries.

The conditions of the zones' infrastructure, operation, information service and tourists' satisfaction are among the major factors of consideration in the selection.